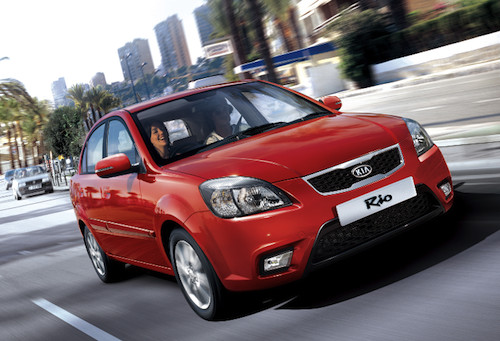 Kia is systematically renaming their cars in China. The Optima has already become the Kia K5, while the Cadenza is now the K7. This time it’s the turn of the facelifted Rio to become the K2 for the Asian market.

According to a recent China Car Times article, the car was recently spotted testing on Chinese roads, wearing the current Kia lineup grille and a new badge. It will be manufactured in the country through the Dongfeng-Yueda Kia joint venture and is expected to arrive on the market in the first half of this year.

The updated model features a redesigned front end with an aggressive air-intake and more prominent fog lights. The other big change appears to be the availability of body-colored bumpers. Small changes brought by the facelift also include a redesigned central dashboard, which houses a new radio and improved climate control system. Other updates include a new steering, a revised instrument cluster, and stainless steel pedals.

The Rio has been around since the 2006 model year, and recently received a make-over. Most of the changes are cosmetic, as the drivetrain remains untouched and it continues to share its chassis and mechanical components with the Hyundai Accent.