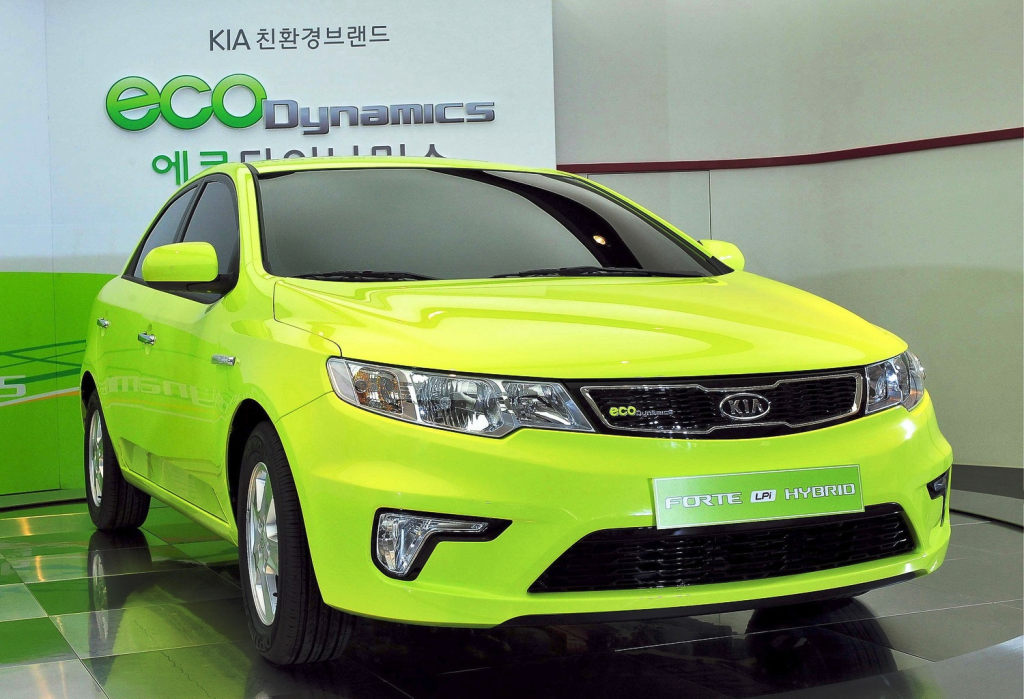 The South Korean car manufacturer revealed today its first commercialized hybrid electrical vehicle (HEV) in Seoul. Kia has continued its bet on the liquid petroleum gas (LPG) and electric combination, despite knowing there are few chances of shipping the car to the States where LPG isn't very popular.

The Forte LPI Hybrid has cost about $180 million over a period of 25 months for Kia to develop. As in Elantra LPI Hybrid's case, the car will register a CO2 emission of just 99 grams per kilometer.

When decelerating, the Forte LPI Hybrid uses a special regenerative braking function to convert energy that would normally be lost into electricity that can be stored in the battery.

The car will feature Kia's Idle Stop and Go (ISG) function, a system that will automatically switch off the engine when in idle mode. This feature is gaining popularity among car makers, because of its demonstrated efficiency while driving in urban traffic. Kia's ISG system works whenever the driver applies the brakes and reaches a standstill after running the car at speeds above 9 km/h for at least two seconds.

Another Eco-Friendly feature of the new Forte LPI Hybrid is a special E-gear (Eco Drive) function of the CVT that makes automatic adjustments to ensure improved fuel efficiency.