5 Next Hot Kia cee'd to Use Turbocharged 1.6-liter GDI Engine
Car video reviews:
Up Next 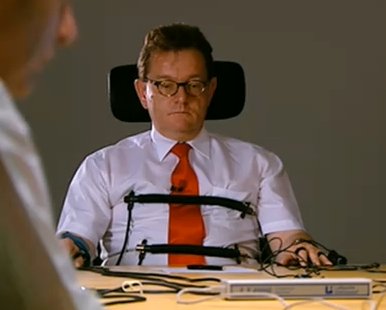 Kia tried a different approach to regain the trust of its customers, it was an unusual way to do it, but at the same time a direct and honest one. The company tried to redeem its name by hooking up to a lie detector the general manager Benoit Morrene.

The general manager was hooked up to a lie detector for a warranty promotion. During the commercial Morrene took a lie detector test ,that was caught on film, while responding to questions about the company’s industry-leading seven-year warranty.

After Benoit Morrene, passed the test, Kia came out with a statement saying that when they posted the video as a proof, on their website, customers remained skeptical about its authenticity although the test seems very real. As a response to the customers feedback, Kia took the challenge to another level.

There were invited members of the public to ask Benoit Morrene questions about the warranty and quality of the vehicles.
The new test was broadcasted live and viewed around the world with Morrene hooked up again to a lie detector test.

Kia’s general manager got trough this round of testing similarly passing once again with good results. As shown in the video the test’s tracking data can be followed, this stunt gives a lot of credibility, a fact proved by the 80% of viewers that rated it as credible.
Kia along with Hyundai hold the biggest combined market share of the mid-size sedan segment into the North American market . The two manufacturers hope to gain more share over the following years.