3 2022 Kia EV6 Electric Crossover Gets Its EPA-Certified Range, Is It a Yay or a Nay?

4 Watch the 2022 Kia EV6 Go Through the Moose Test, It Did Surprisingly Well

Kia's EV6 has become the first model from this brand ever to win the European Car of the Year award. The organization has announced the winners of the 2022 edition today, and the EV6 has managed to beat its six rivals in the final with 279 points. Its runner-up was at just 14 points away, and third place was just 18 points away from the leader.
14 photos

Almost all finalists in the European Car of the Year award were all-electric vehicles. The list of competitors also included many vehicles with conventional engines under their hood, as well as vehicles that are offered in both ICE and EV variants. To be specific, 18 out of the 39 competitors were EVs, but just six made the cut to the final.

Usually, the winner of the European Car of the Year award was announced during the Geneva Motor Show, but that event was canceled. However, the awards ceremony was still held in Geneva, and it was live-streamed on YouTube for everyone to see. You can watch the video below, as it is embedded below.

While being the first Kia to win an ECOTY award, the EV6 is the third electric vehicle to receive this distinction. The first generation of the Nissan Leaf attained that honor a decade ago, in 2011. As we noted above, the Kia EV6 bested its runner-up by just 14 points, and third place was four points behind.

The Renault Megane E-Tech received 265 points and drove off to Paris with second place. The third place was occupied by Kia EV6's platform sibling, the Hyundai Ioniq 5, which has 261 reasons to write home about. In Germany, things went the other way 'round.

Fourth place was obtained by Peugeot's 308 with 191 points. Fifth place is occupied by the Škoda Enyaq with 185 points, while the Ford Mustang Mach-e got 150 points and sixth place. Cupra's Born was in last place, with 144 points. 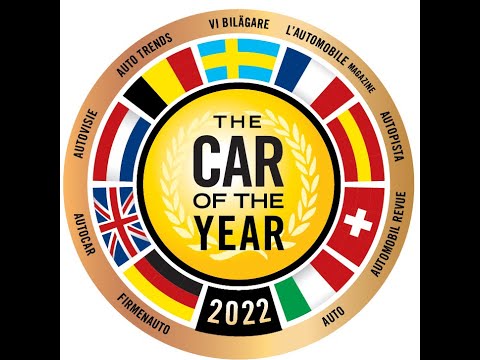