Daniel Patrascu
On Sunday morning, the Mulholland Highway in California was the scene of a car crash that saw a 1970 Plymouth Barracuda veer off the road and roll down an embankment. The car is owned by comedian Kevin Hart, who was inside at the moment of the collision and was injured as a result.
4 photos

According to a report by CNN that cites a California Highway Patrol report, the car was not driven by Hart at the time of the accident, but by another male. A third passenger, a woman, was also on board.

The source says Hart seems to have suffered “major back injuries” and was hospitalized as a result. The extent of these injuries is not known, but the actor was capable of getting to his nearby residence with the help of a member of his security team, who drove him away in an SUV, says TMZ.

It’s not clear why Hart allegedly left the scene of the crash.

The man behind the wheel, a person named Jared Black, also suffered serious back injuries. The woman, identified as Rebecca Broxterman, walked away unharmed.

The car involved in the crash, which took place at 1 a.m. local time Sunday is, a 1970 Plymouth Barracuda that belongs to Hart himself. He purchased it this year, when he turned 40, as a birthday gift to himself. Images from the crash show the car literally wrecked, with its roof completely smashed.

Hart is a known car enthusiast. He owns more than a dozen vehicles, ranging from Mercedes-Benzes to Ferraris.

Hours after the crash, there has been no official communication from Hart or his representatives. His last Twitter post, dated September 1, is about how happy the actor is of having the weekend for himself.

“Being home makes me happy....enjoy your weekend people!!!!” the post reads. 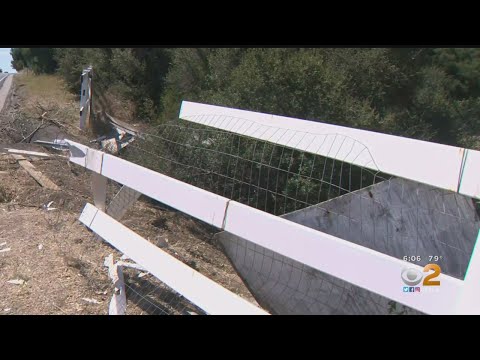