4 FIA Yet to Approve Brawn GP Engine Deal with Mercedes

KERS Not an Option for Brawn GP 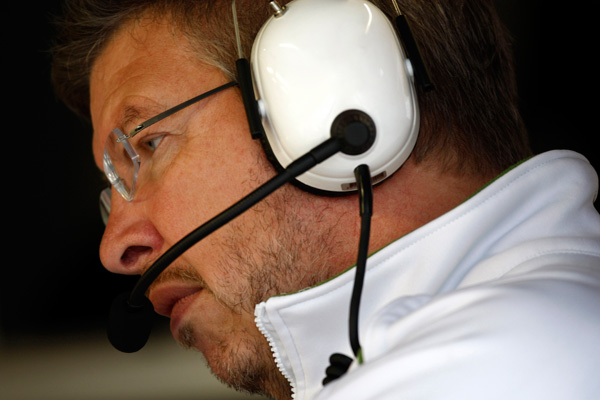 Ross Brawn made it very clear that the newly-introduced Kinetic Energy Recovery System was the last thing on his and his team's mind when preparing the BGP 001 for the upcoming season. Therefore, Brawn GP will not start the new season with a functional unit, while the potential use of the technology will be taken into consideration later in the season.

“We don't have KERS. That may be something for later in the season, but with the time we have had available, quite frankly, we have not considered KERS,” said Brawn during a Q&A session reported by autosport.com.

Also, the new owner of the Brackley-based team revealed that the BGP 001 will use a Honda-manufactured gearbox in 2009, which is to be fitted to the Mercedes-Benz engine.

The Englishman also brought some light into the whole “Ferrari vs Mercedes to become engine supplier for his team in 2009” matter. Brawn GP eventually chose to go with the German engines simply because they fitted into the BGP 001 chassis.

“Both Ferrari and Mercedes-Benz were exceptional in the support they offered, but it came down to the fact that the Mercedes-Benz engine fitted our chassis more easily than the Ferrari engine. Once we made that decision around Christmas time, the Mercedes-Benz people were fantastic in supporting the project,” added Brawn.