Mircea Panait
Ford revived the GT for three reasons. Profit would be the most obvious, but as expected, the mid-engine supercar was also developed to win races and to promote EcoBoost technology in the guise of a twin-turbo V6.
48 photos

The six-cylinder GT in LM GTE Pro flavor had a rocky start in the IMSA WeatherTech SportsCar Championship and the FIA World Endurance Championship, but Ford eventually sorted things out. All told, the racecar took home 16 wins and the class constructors’ title in 2018.

Lifted from the LM GTE Pro endurance racing program, the V6 engine in the 1977 Ford F-150 offered by LBI Limited screams out a whopping 914 horsepower and 702 pound-feet (952 Nm) of torque. The Ford Performance- and Roush Yates-developed lump also sports a 3D-printed aluminum intake manifold, which took a mind-boggling 150 hours to print.

Viewed over 75 million times on YouTube, the one-off Hoonitruck is the star of Ken Block’s Climbkhana 2 and Gymkhana 10. The custom pickup is also rocking a sequential transmission from Sadev, all-wheel drive, and a tube-frame chassis complemented by aluminum body panels.

Listed for $1.1 million although it reportedly cost in excess of $1.5 million to build, the Hoonitruck was put together by Detroit Speed in Mooresville in collaboration with Ken Block and Hoonigan. Now rolling on gloss-white Fuel Block forged beadlock wheels and Toyo rubber, the over-engineered pickup features carbon-fiber Recaro race seats and a full carbon-fiber dash.

Although the interior is decidedly Spartan, there are a handful of amenities worth your attention. In no particular order, these are the push-button engine start/start, a backup camera, a tow hitch, and FordPass remote start.

In addition to bragging rights and loads of driving fun, whoever gets to purchase the Hoonitruck will be treated to a bucketload of spare parts. The list kicks off with a brand-new EcoBoost engine block, various bodywork, another set of wheels, suspension and chassis tidbits, plus two lights. 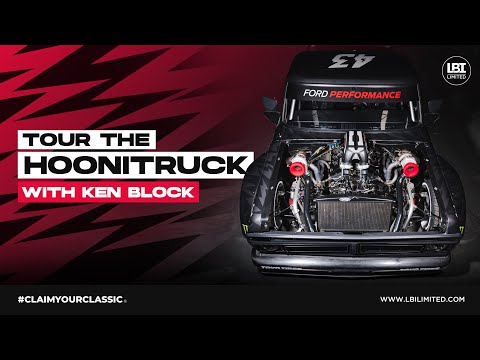 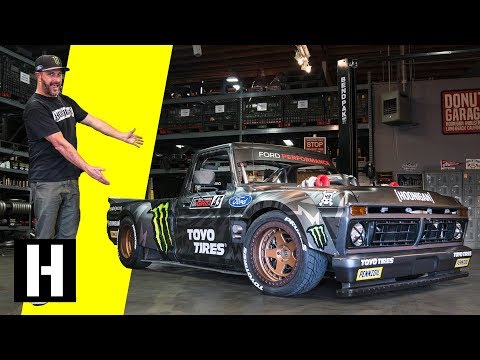