Home > News > U-turn
Andrei Tutu
Now that Ford Performance has begun its global offensive, the Blue Oval didn’t want to stand around and wait for some important name in the media to make a documentary about their go-fast machines. So they took matters into their own hands which, for now, means we get an official documentary on how the 2016 Focus RS was born.
1 photo
Somebody over at Ford noticed people have less and less time to spend on such shenanigans nowadays, so they’re releasing the footage as a series. We are now treated with Episode One, which unsurprisingly includes Ford’s favorite athlete, Ken Block.

However, don’t expect this to be one of those cases where Block hoons the hell out of the car alone. Instead, the Gymkhana master and Ford VP Raj Nair take to the company’s testing facility in Michigan to offer each other extreme thrills.

Those of you who aren’t familiar with Raj Nair should know we are talking about Ford Motor Company's group vice president and chief technical officer, Global Product Development.

After the second generation of the Focus RS was released back in 2009, we remember Ford talking about what’s underneath the car and explaining they could’ve uses all-wheel drive to deal with understeer instead of relying the RevoKnuckle front suspension, but that wouldn’t have made financial sense.

Now that the Focus RS has received its all-wheel drive, we’re waiting to see what happens whit the Fiesta - back then, Ford also talked about how they couldn’t fit the Fiesta with the RevoKnuckle suspension since it would end up being too expensive.

Who knows, perhaps the long-rumored Fiesta RS, or the next-gen ST will gain such intelligent front suspension technology.

Returning to the 2016 Focus RS, we're particularly curious about the model's fate in the US. For instance, the $36,605 puts the hot hatchback on the same financial level with a Mustang GT V8 Premium. And that's not the most comfortable position in the performance world. 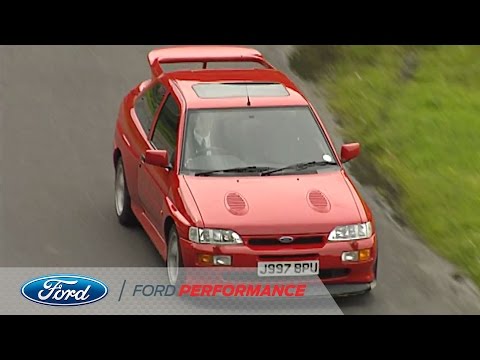