Kelly Bires to Debut for JRM at Homestead 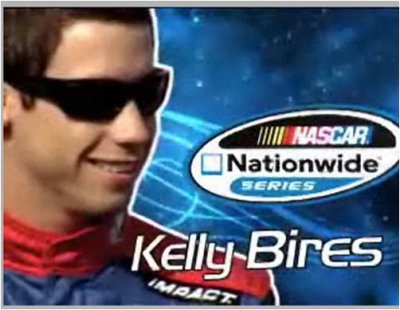 In the last race of the season, JR Motorsports will debut its 2010-2011 driver, Kelly Bires, at the Homestead-Miami Speedway season finale. The team and Bires signed the contract for the next season ever since September, but Homestead will be Bires' first opportunity to race a JRM Chevy.

"This is going to be a great opportunity," Bires was quoted as saying by NASCAR. "I'm thrilled. I was really hoping to race a JRM Chevrolet before the year was out. Thanks to our partners at Ragú, we've made it a reality. I think this will go a long way in our preparation for 2010."

Bires' crew chief for the No. 5 Chevrolet will be Tony Eury Jr. JRM's new driver has 67 career starts and holds three top five finishes in the Nationwide Series. In his debut year, he ranked 13th in the point standings.

He managed to do so even if, on several occasions, he had to drive a start-and-park car. His new contract with JRM spans for 2 years, replacing Brad Keselowski, who will switch to Sprint Cup tour with Penske Racing.

"We wanted to get Kelly in one of our cars before the season was out. "Ragú has been with us since the beginning of the year, and I appreciate them stepping up their involvement and helping us put this deal together. It's important that Kelly hit the ground running at Daytona next year, and this certainly helps," Dale Earnhardt Jr., JRM co-owner added.