1 Women behind the Wheel

2 Best-selling Motors Are the Safest Cars?

Keep Yourself Safe while Driving Alone

Home > News > Girls Only
21 Nov 2012, 14:06 UTC ·
by Madalina Iancu
Driving alone has become a must for many women, especially when they have to commute daily to work. During winter time, when days are shorter and it gets dark earlier, the horror stories you were listening to before going to bed when you were a child might come true if you are not cautious enough. The chances to come up across a dragon with five heads or to be kidnapped by freaky aliens are, however, extremely reduced. But encountering a bloody criminal or an experienced thief are not at all insignificant. You might not care in case you are an Amazons' follower or a well-trained Judo world champion, yet, even then, why risk your recently sunbathed skin when you can just avoid the trouble? It's true women are more likely to be targets of sexual predators and they are plenty of situations when they can be fooled really easily (no offense, but would you be capable of making the difference between a real police car and a fake one?). You know the stories: carjacking, kidnapping and in extreme cases, murder. The risks of traveling alone can be exaggerated and you know that women overreact sometimes but this doesn't mean you have to play the scared rabbit when it comes to driving on your own. Playing the turtle or the snail would be a more appropriate attitude, especially if you're patient enough to hear and then, turn into practice some safety tips while driving solo. Have your car well serviced
You remember the proverb: an apple a day keeps the doctor away. Give your car what it needs and it will keep the trouble away. Don't get me wrong: you don't have to take your car to a mechanic daily! You just need to have the engine and tires checked from time to time so that you avoid any possible breakdowns. It's not a very pleasant situation when a poorly maintained engine lets you down or have a flat tire in the middle of the night. Been there, seen it, felt it, believe me. I was just returning  from a night-out with my friends, 4:30 in the morning and right in the middle of the junction (Thank God I was in the city), my motor makes its memorable exit of the stage. Come on, why now, why here, why me?! Pretty deserted...Useless to ask stupid questions, what's done is done. Ok, no need to panic even if two junkies are already wandering around my car... The best I could do was to keep the damn doors and windows locked and wait for my salvation... if there was one. Well, it looks like I'm among God's favorites for the next second, two pedestrians that were passing by came to give me a hand, shooed the junkies away and pushed my car by the edge of the road. All this time, I didn't get out of the car or unlock the doors. I just my phoned my dad and 20 minutes later, I was given a new shot at life. Never think your car's some sort of immortal thing: a well-maintained vehicle saves you from headaches. Same goes for the batteries if they were not tested for cold weather.No time for good deeds
Yes, everybody knows you're extremely helpful and can not stand seeing others in suffering. But there are lots of ways to buy your passport to Heaven except for picking up hitchhikers or stopping to give a hand to a helpless guy whose car seems to have broken down. If you really but really want to help the lone man with the broken down vehicle, use your mobile phone to call the highway patrol or police. They can definitely help him more than you would. As for hitchhikers, let others to do the job! 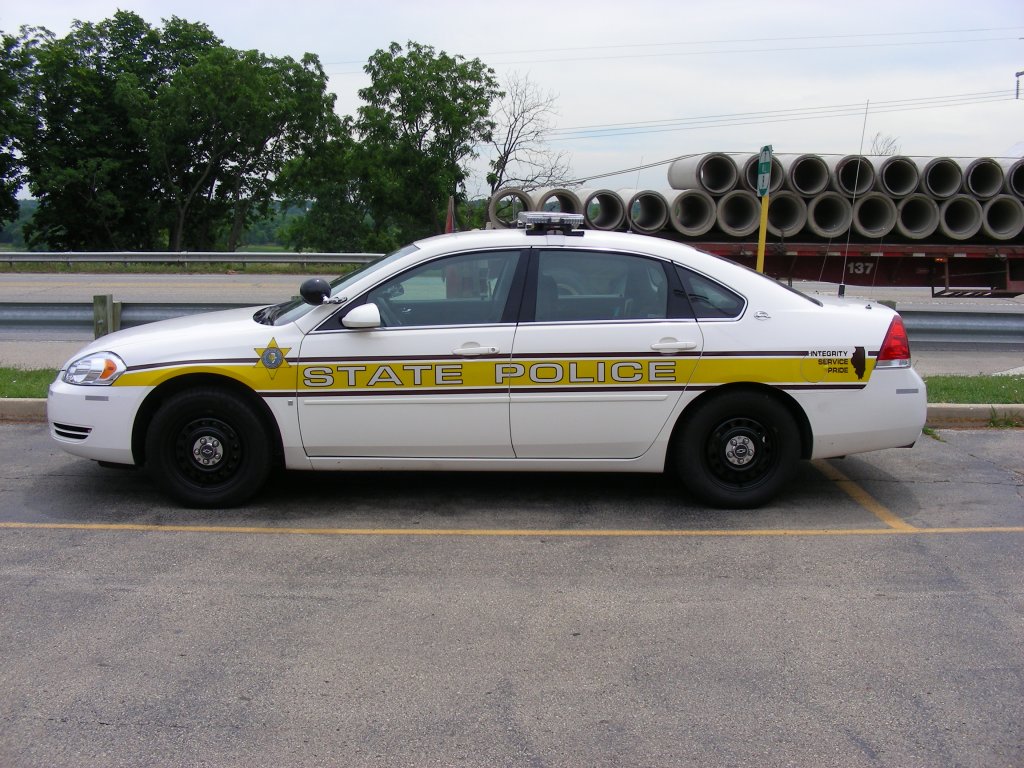 Don't think that if it looks like a genuine police car, it's really a police car with real police officers in it! In case the car's unmarked (but you have to open more widely your mascara-painted beautiful eyes to actually notice this) and you believe you have done nothing wrong and the whole picture looks rather fishy, then it would be better not to pull over. What you could do to make sure you're not committing any irrecoverable crime is to phone the emergency number and tell about the whole situation. You can also drive slowly and stop in a well-lit area (such as in a gas station). If you stop near the assumed police officer, don't lower your car's windows, look at his uniform and wait to see an official identification card first. If he's a real police officer, he won't take you as a mentally-disordered person. Come on, no law in this world can condemn you for being too precautious!Don't fumble
Not even once. No matter the reason. Whether it's the car keys that you don't find or an unknown route, you can do something about it! Even if keeping things in good order is not your best skill, keeping your car keys as handy as possible is not such complicated as turning on the vacuum cleaner and walk it in the most hidden corners of the house. Also, even if you're badly saving money to look more trendy in the new autumn-winter collection, perhaps you might at least consider buying a GPS device to make sure you're not stopping by to ask for directions. You may want to look cool to give your office colleagues new topics for the break gossip, but you would definitely not want to be the cool girl dressed up in the last Armani collection who had been robbed while driving her newly-bought SUV.Parking, sweet parking
Now it's high time you stopped playing the spoiled girl who can't perform a satisfactory parking between other two vehicles. It's for your own good to park in a well-lit spot where there are also many vehicles parked rather than in a remote area with few cars around. Also, no matter where you left your car, be careful to have vehicles near yours. When you return to your car, try to notice whether there is someone sitting in the vehicle next to yours: is he trying to leave, is he waiting for someone or is he seems as if he was taking a nap? No need to overreact, but you'd better watch him from the distance to see what his next move will be. 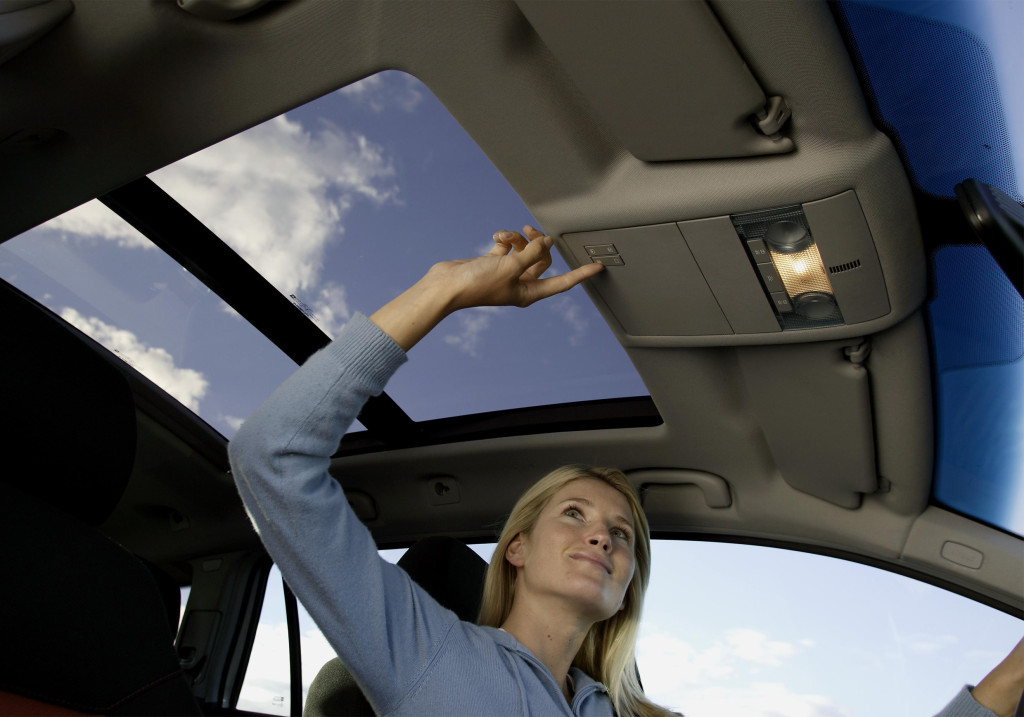 Build a strategy for unexpected situations

Even if you're following all the safety trips in the universe, there's always a possibility to come across an unexpected situation. If you're followed, don't think you're in a Spiderwoman movie and don't speed up. Here's what a wise woman would do: slow down but don't stop (to see if the car is overtaking you), drive to a well-lit place but not home. If the pest is still after you, sound your horn and flash your lights. If this still doesn't work, you have to more possibilities to kill the bug: either phone emergency number or drive to the nearest police station if you know one. And remember to stay calm. Panic is for cowards and you're a brave scared lady!

All in all, you can do a lot to improve your safety behind the wheel when alone but remember it's not like in the kitchen: if you follow the recipe correctly, there are 99% chances to get an eatable cake. When it comes to not being part of a horror story while driving solo, there's no definite recipe so, try to act as smartly as possible to make sure you don't get on the next day's local newspaper headlines.