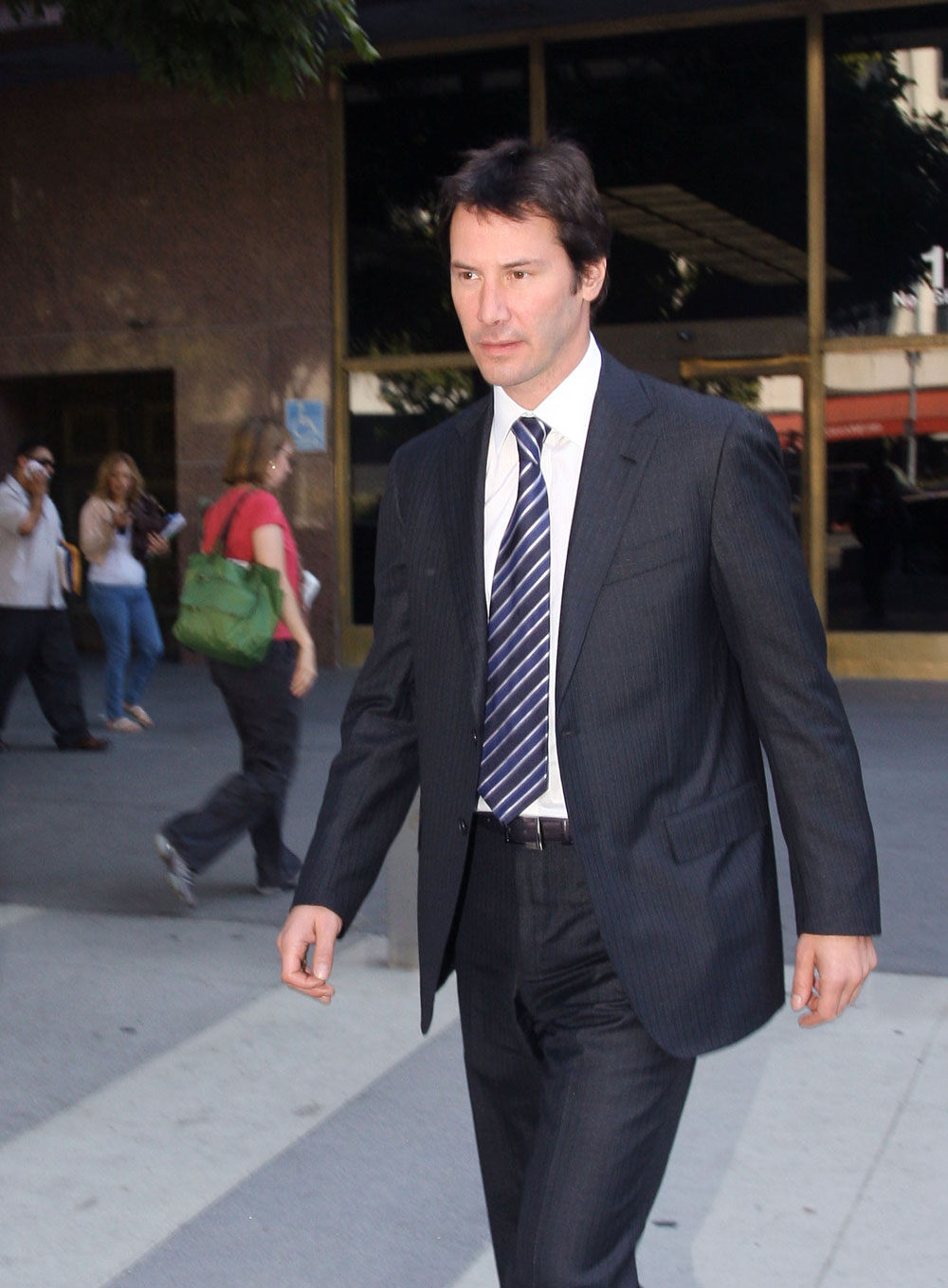 Actor Keanu Reeves should be a happy man today. Though it's never fun to be dragged in court and smeared with false allegations for the sake of a hefty settlement, Keanu saw his name tarnished by one of Hollywood's paps for an incident that's got "dubious" written all over it.

The story goes something like this: paparazzo Alison Silva was allegedly hit by Keanu's Porsche as he was photographing him in such a way that it broke his wrist in such a way that it required some hospitalization and left him unable to do his job. At least, this was the plaintiff's story.


The money he sought in damages was just over 700,000 dollars which represents a lot of pictures with Britney and Lindsay Lohan. Anyway, back in court, both parties argued over the incident, and in his statement Keanu said he not only didn't knock the pap with his car (who by the way turns out tripped on his own feet) but also tended to him after he hit the ground.

However, the pap's story fell apart when the defense played a video in court showing the pap scaling a razor wire fence to get a shot of Britney. Either he was dedicated to his job or his wrist was totally unaffected and his whole story was baloney. The whole incident happened in March 2007.

The jury was quick to dismiss the case and send the pap home broke and with a lot of attorney bills to pay. Keanu's attorney said: “We obviously felt from day one that Mr. Reeves was not negligent. It's unfortunate that this lawsuit was brought, and it's unfortunate that we had to go this far – a lot of time, a lot of effort and obviously a lot of money”.

It's good that Silva didn't get his money in the end because it will put off other people looking to scam celebrities out of their money. Other famous cases in this respect as Kanye West, Gerard Butler, Matthew McConaughey and Pierce Brosnan.