3 Kawasaki Ninja Thinks It Can Beat the Mighty McLaren 720S, Is In for a Surprise

Kawasaki Ninja Commercials Were Funny, Clever, and Provocative, We Look at the Best Ones

Dragos Chitulescu
They say that you should count your blessings. And I am grateful to this day that my parents decided to get me a PC back in 1996 when I was just moving on to the second grade in school. Before I even knew what a USB stick was, one of my dad's friends came over with a CD that had demo games and short video clips on it. And that was when I first saw a Kawasaki Ninja motorcycle.
15 photos

Almost 140 years have passed since the debut of the world's first motorcycle: the Daimler Reitwagen. Back then, these machines couldn't go faster than 30 mph (48 kph), but we have come a long way since.

In the late '90s, there was an all-out war for speed between the big Japanese manufacturers, and the Hayabusa broke past the 186 mph (300 kph) barrier. It had left the Honda CBR1100XX Super Blackbird in the dust, but Kawasaki was getting close to asserting dominance with its new ZX-12R.

A gentleman's agreement came into play due to the fear that official governing bodies would ban the import and sale of these motorcycles. While we had the technology to go even faster, production bikes would not be able to go beyond 186 mph anymore.

Well, MV Agusta and BMW decided to cross that line years later, but we aren't going to talk about that right now. When Kawasaki launched the Ninja ZX-12R, the impact it had wasn't quite as big as they had hoped. But their desire to build the world's fastest motorcycle did not fade away.

Less than a decade ago, we saw the introduction of the Ninja H2 and H2R. Kawasaki had brought a centrifugal supercharger into the equation, with performance levels for the H2R skyrocketing to over 300 hp.

A few years ago, a Turkish rider posted a video of the bike hitting 248 mph (400 kph), but there have been extensive debates regarding the authenticity of the test. Either way, the H2R is in a class of its own, and you would need to add a turbocharger to the Hayabusa to get there as well.

And it all started with the first Ninja back in 1984. The GPZ900R is, in a way, the H2's ancestor. It got off to a great start as Tom Cruise rode on in Top Gun. One of the early Kawasaki commercials used to promote this model shows the bike going through a sort of gauntlet of enemies through the woods.

It was a strange yet captivating concept, as the Katana-wielding (Hint-Suzuki) opponents are eventually defeated by burnout and good eye-hand coordination. While you can find that on YouTube as well, today, we are going to talk about some newer ads instead.

We were just recently discussing Volkswagen's "The Force" commercial, and how it managed to connect to Star Wars fans by using Darth Vader as the main character. But with any given video, the sound effects will be just as important as the visuals.

And once you hear "The Imperial March" by John Williams playing, you are instantly hooked. And you'll see a similar technique in this old Ninja ZX-6R commercial. While you see the bike going around one corner after another, the soundtrack is not provided by Kawasaki's inline-four internal combustion engine.

Instead, it's the sound made by the Pod Racers in Star Wars, something any fan of the epic space saga will instantly recognize. It was a great way to say that the new ZX-6R was fast without boringly displaying facts and figures about it.

A stoppie at the end of the video then prompts the narrator to speak out the lines: "There is a machine that gives your senses an experience they will never forget." What happens next is not something you'd normally see in a promo video, but still an idea that works well on a crowd of people that are addicted to speed.

The next commercial will make you miss the good old days when motorcycle ads were still funny and clever and not just a montage of high-speed action. While a man is driving a Kawasaki tractor down the road minding his own business, a Ninja goes flying by.

And it just so happens that there was a speed trap in that area, and the tractor is caught doing 163 mph (263 kph). Talk about being at the wrong place at the wrong time for the old man. Hi-fiving a police officer and laughing about it wouldn't work out well today, but people could still take a joke back then.

The ZX-12R video is slightly provocative yet smart at the same time. And it goes to show you don't need a budget in the millions of dollars to pull off a great advertising stunt. As the bike parks next to a Porsche 911, it only takes seconds for the car to start dripping oil all over the garage floor.

That's one way of emphasizing the statement: "The fastest machine we have ever built." We imagine that the people behind these campaigns must have sat around the table thinking: "How can we point out that this motorcycle is extremely fast, without actually saying it?"

And the result comes in the form of the next two commercials. In the first one, we get a glimpse at the bike passing by the camera at high speed. But there is a delay of several seconds until we get to hear the sound. If you paid attention in Physics class, you'll figure it out: light travels faster than speed.

And that's a brilliant way of advertising the 186 mph Ninja. In the last video for this model, there's a speed camera on the side of the road. But you don't get to see the bike at all. Still, you see the camera flash as evidence that something did go by without you even noticing it. Clever, clever, clever.

Kawasaki went with a similar approach for the Ninja ZX-14, noting that "Theories of space and time are officially under review" in an almost Back to the Future approach for their promo video. By comparison, the H2 ad seems a bit bland.

The bike itself is the main attraction anyway, and the cinematography is also on point. And you can't help but notice how important the final statement is in advertising the bike. "Built Beyond Belief" sounds just about right considering the performance figures of the supercharged supersport Ninja. 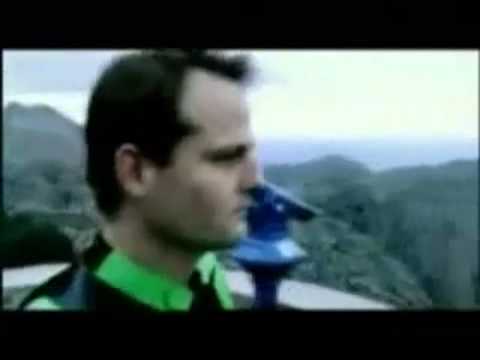 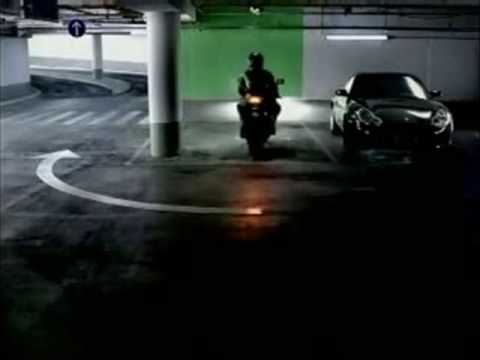 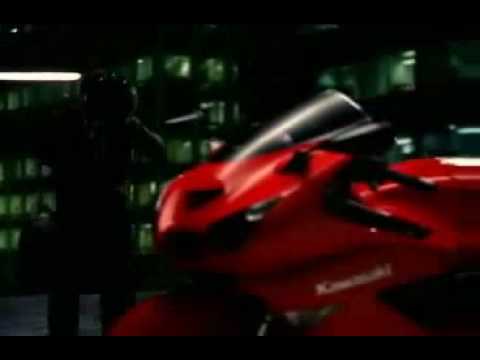 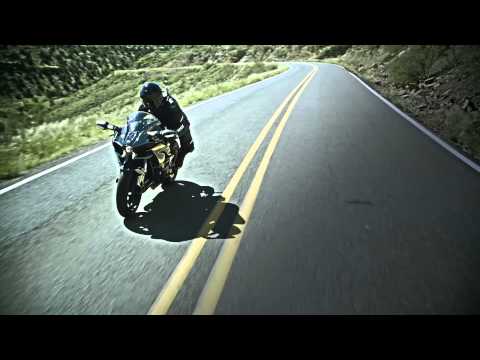