Kate Middleton's Volkswagen Golf Up for Grabs on eBay 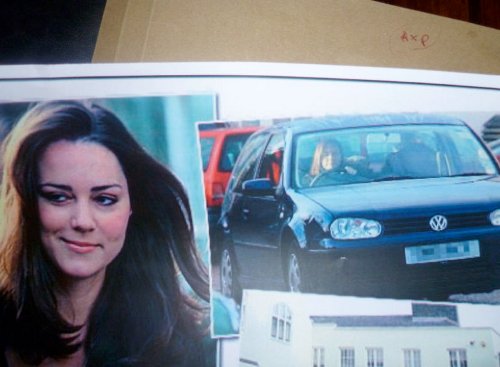 Cars that have passed through famous hands are often getting sold to those who want to sit where celebrity buttocks have sat, but this time a special vehicle comes to grab our attention, and the money from our pockets, if interested.

We are talking about a Volkswagen Gold that seems to have belonged to none other than UK’s new Princess, Kate Middleton, who married the one who is second in line to the British throne, after Prince Charles, William.

And since whatever touches the British Royal couple turns to gold, the car has been listed on eBay with a suitable price. Despite the fact that the car in question is a 2011-model Volkswagen Golf, the current seller asks for GBP20,000 for it. Ironically, at the time he bought the car, he only paid some $2,300.

But let’s track the car’s history for a bit. Apparently, Kate bought it in 2001, used it for six years and then sold it to her brother, James. The latter resells the car in 2009 to Al Brazil of Motor Carriage Co., who gave it to his son - the current seller.

And if you have any doubts of this Golf having belonged to Kate Middleton, it looks like Sonny Brazil has the paperwork necessary to prove he says the truth.

What is really interesting is that no bids have been place for the car so far, although the seller claims the Golf is in perfect condition. The three-door Volkswagen is fitted with a 1.4-liter petrol engine mated to a manual transmission and 62,000 miles (99,780 km) clocked so far.

There are six days left until the bidding ends. You can place yours by accessing this link.