4 Kasey Kahne to Join Hendrick from 2011
Up Next

Kasey Kahne to Race for Red Bull in 2011 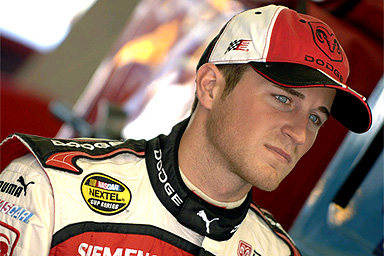 The shroud of uncertainty has been lifted off Kasey Kahne's immediate future, as the 30-year-old driver announced he will be racing for Red Bull in the 2011 Sprint Cup series. As you already know, Kahne is a signed driver for Hendrick Motorsports, but only starting with the 2012 season.

So far, rumors placed Kahne behind the wheel of a car owned by Stewart-Haas Racing (SHR) and pretty much any team which races Chevrolets. Red Bull is however the team which has the biggest need for a good driver, after Brian Vickers was forced out of the Sprint season by blood clots.

"This opportunity places me with an established, competitive team that has proven they can win races and make the Chase," Kahne said in a statement cited by Autosport.

"I have great respect for Red Bull, so to have the opportunity to drive for Red Bull Racing Team in 2011 is a great fit for me, both personally and professionally. It feels good to be able to finally put this to rest and focus my energy on finishing the season strong for the 9 team and our sponsors."

Kahne will be joining drivers Scott Speed and Brian Vickers next year, but some questions remain whether Kahne will be replacing or joining one of them. So far, Red Bull didn't announce plans to run a third car in 2011. Red Bull says all will be clarified in the coming months.

"We were fortunate to have the opportunity to hire a very talented driver for the 2011 season and we took it," said Red Bull's Jay Frye. "This is a unique situation that doesn't happen every day. Kasey is a perfect fit for our company, team and Red Bull."