1 NYC's Taxi of Tomorrow Announces 3 Finalists
Up Next 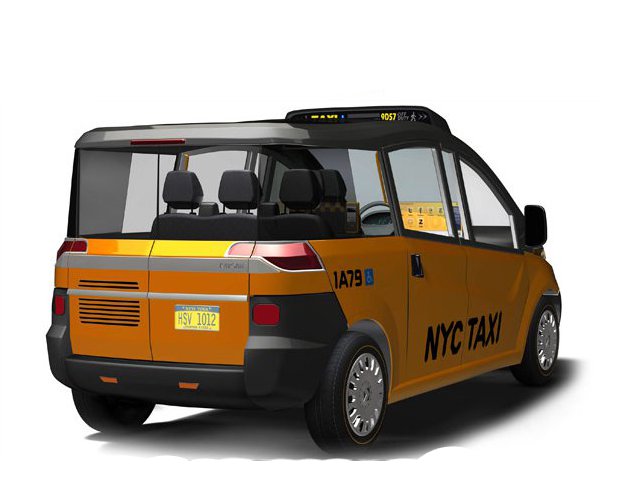 The Big Apple, one of the most exciting cities on this planet, is filled with countless iconic elements, ranging from buildings to bridges and tunnels. Yet, one of the most popular New York attribute, the so extensively advertised, especially in Hollywood productions, yellow taxi is in a class of its own.

So much so that New York has launched a competition for the next city-wide yellow taxi. As you already know, three finalists will battle for the win: Ford Transit Connect, Nissan NV200-based van and a so far unknown Karsan V1.

Out of the three, only the Karsan has been built for the ground up for this purpose. Built in Turkey, the model comes equipped with all the elements which would make it a suitable ride from and to the airport in the future: glass-roof, five seater, wheelchair accessible, powered by anything you can dream of or afford: gasoline, compressed natural gas or electricity.

"Having a vehicle designed and built in Turkey being used as a New York taxi would be a very strong branding opportunity for the Turkish automotive industry," Jan Nahum, executive director of Karsan, was quoted as saying by CNN.

If we are to judge by notoriety, the Karsan has no chance of hitting NY streets in 2014. Ford is, well Ford, an all-American built tough, while Nissan is the Japanese brand with perhaps the most appeal in the country following Toyota.

On the other hand, the Karsan has been built for this purpose. No other entry in the competition can claim that.
What's at stake in this competition? The first ever custom-built New York taxi. One which would slowly replace the 16 different vehicles used as taxis today. The example set by New York and its Taxi of Tomorrow contest may be followed by other cities so who wins this one will be at the top of choices for other urban areas.

So, in the end, who do you side with? The dull looking Connect? The wackier NV200? Or do you place your trust in a Pakistani cabbie driving a Turkish taxi? Answer in the comment box below and, who knows, maybe mayor Bloomberg or New York Taxi and Limousine Commissioner David Yassky will hear you.