1 Johnson Breaks NASCAR Record in Charlotte Qualifying
Up Next 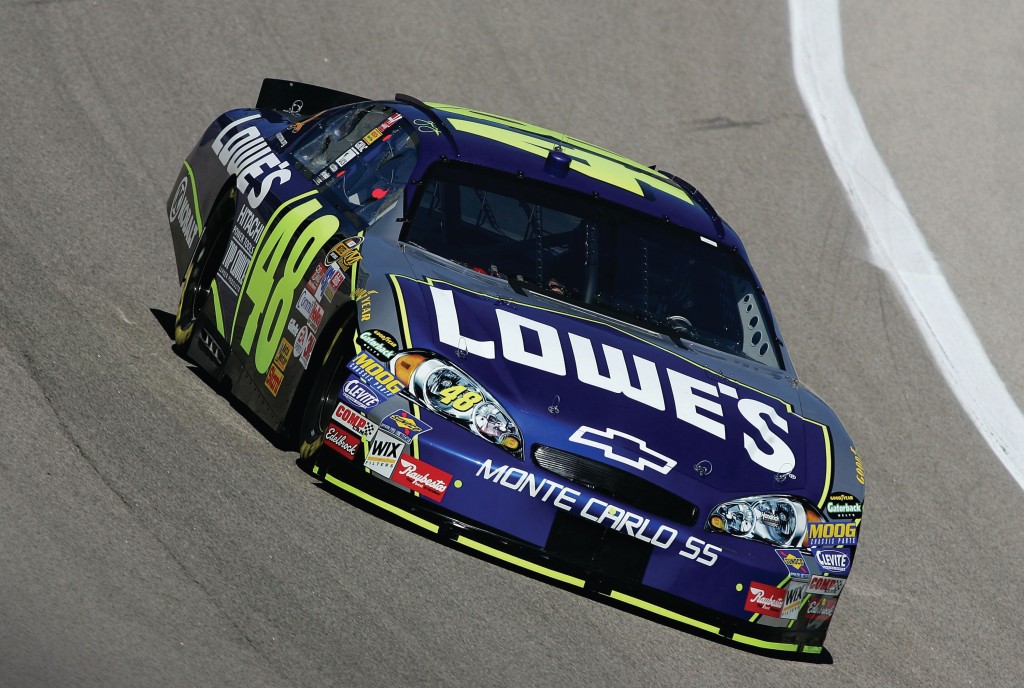 Jimmie Johnson has moved one more step to securing his 4th consecutive Sprint Cup crown in the NASCAR series after his 3rd Chase win of the season at Lowe's Motor Speedway. From the early beginning of the weekend it was pretty clear who will dominate the Bank of America 500 race on Saturday, as the Hendrick Motorsport driver recorded the best lap times in both practice and qualifying sessions.

Starting from pole position, the Californian had no problem maintaining momentum until the chequered flag, as he led the most laps in the race to take one of his most commanding victories in the season.

The only driver who really threatened Johnson's win on Saturday was Richard Petty Motorsports' Kasey Kahne, who went on to build a 6-second lead on top of the field with less than a quarter of a race to go. However, his lead was cut to a minimum due to the 7th caution of the day, as Kahne also lost a valuable amount of time during his last pit stop.

It was on the pit lane that Johnson reclaimed the first spot, which he never let go until the finish line. Behind him, teammate Jeff Gordon, Kahne and Matt Kenseth fought hard for the runner-up spot, which eventually went to the Rough Fenway driver. Kahne had to settle for 3rd place, ahead of Hendrick Motorsports' Gordon and Joey Logano.

“I thought the #9 (Kasey Kahne) had this thing in the bag. On that last pits top on when it came to the restarts we had what we needed for five or six quick laps. This thing was fast, it worked,” said Johnson after the race.

Gordon's 4th place on Saturday lifted him to 3rd overall, more than one hundred points behind his teammate Johnson in the Chase standings. The runner-up spot in the championship still belongs to veteran Mark Martin, who finished the race in 17th place and is now trailing Johnson by 90 points. Juan Montoya was the most unfortunate driver of the overall Top 5, as he damaged the rear side of his car during the race and eventually finished in 35th place.