3 Chris Brown Turned His Lamborghini Aventador into “The Dark Knight”

Ionut Ungureanu
So here’s a British pop singer who managed to make it on the nominated artists list for not one but three Brit Awards before turning 25. Since February 2014, he has sold over 1.3 million records in the UK alone. Sure, the pop artist’s success is not what we want to discuss in this piece, but the fact the young gentleman has quite a pleasant taste in cars. We’re talking about some proper vintage beauties such as the Porsche 356 and the 550 Spyder, among others.
4 photos

For a young artist that has been named the male Adele or Amy Winehouse, Newman has been one of the most successful artists in showbiz. I am not a fan of the fellow, nor am I fond of the genre, but I can’t ignore a promising artist when I see one. There’s also something I liked a lot about Newman’s approach:

“I couldn’t give a shit about fame. What felt good coming to America was walking down the street and no one knowing me. There are way to many celebrities in the world at the moment and not enough artists. It’s the talent-show world that’s brought that out,” the young artist said in an interview with The Guardian, last year. We like that type of attitude, especially in a world that’s rather decaying at the “value versus celebrity” department.

Call us mad men (although we’d prefer Mad Max any time), but this interview was more than enough to trigger our interest. It turns out the 25-year-old artist may not be in loved with fame, but he does enjoy proper machinery.

In case you haven’t had the chance to watch Newman’s latest video called Come And Get It, you should know there’s a gorgeous Porsche 550 Spyder starring in it. Silver is the color code, and so seems to be the filter the filmmakers used to underline the theme of the song.

Nevertheless, it’s far from being the only classy auto the Love Me Again singer has been driving, considering he also has a couple of shots with an even older model, the almighty Porsche 356. Now that’s what you call a head turner indeed.

As to what John Newman drives on a daily basis, you’ll probably be quite surprised to know it’s none other than UK’s finest: Rolls-Royce Wraith. 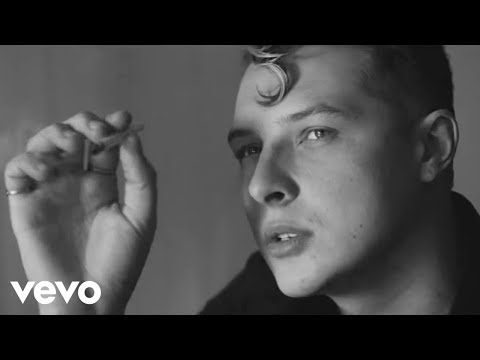