According to Joby, its first aircraft prototype managed last year to complete the longest flight of an eVTOL to date, putting in 154.6 miles (248.8 km) on a single charge. It was up in the air for 77 minutes, completing 11 loops on a designated route. A total of 5,300 miles were covered last year by the aircraft. Joby’s eVTOL was also tested by NASA back in the summer, with that being the first time NASA tested an air taxi, as part of its Advanced Air Mobility (AAM) National Campaign.

The AAM Campaign wants to advance airspace mobility in the United States and will take place in different locations in the country, spanning over several years.

Now Joby Aviation reached another important milestone, managing to receive FAA Special Airworthiness Certification and US Air Force Airworthiness Approval for a second pre-production prototype. It happened this December, although Joby just made the announcement. The aircraft is scheduled to begin its test flights this January and will be put into service as part of Joby’s Agility Prime contract with the US Air Force.

Emission-free, with a capacity of four passengers (plus one pilot), Joby describes flying in its electric air taxi as getting in an SUV rather than a plane. The eVTOL offers a range of more than 150 miles (240 km) on a single charge. It boasts a top speed of 200 mph (321 kph). It is meant to reduce urban congestion and ease the transition toward more sustainable modes of transportation.

Joby Aviation plans to launch commercial operations of its fast, convenient, and quiet air taxi in 2024. You can see the second air taxi prototype in the video below. 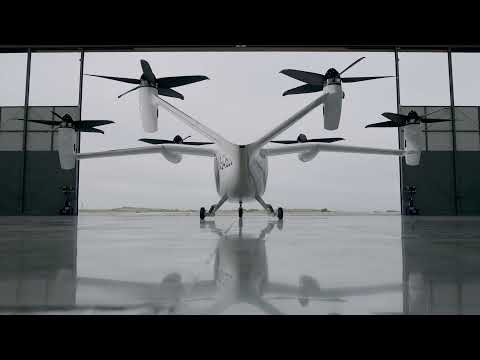