4 Joby Marks New Milestone in Getting Its Air Taxi Certified, No eVTOL Crash Can Stop It

Back in May, California-based eVTOL (electric vertical take-off and landing) aircraft developer, Joby Aviation, received FAA (Federal Aviation Administration) certification to operate its 5-seater flying machine as an air taxi. Now the company aims to expand its services outside the United States and has formally applied for aircraft certification in the United Kingdom.
6 photos

Joby may have had its ups and downs when it comes to its highly-awaited air taxi, but it keeps its eyes forward and tirelessly strives to reach its goal of revolutionizing urban air mobility. The aircraft developer now boasts of having become the first eVTOL company to apply for foreign validation of its FAA type certification, as it aims to bring its electric flying machine to the U.K. market.

Even though Joby expects the United States to be its first operating market, the U.S.-based certification might also be validated by the U.K.’s Civil Aviation Authority (CAA), which would help accelerate the company’s path to market in the latter region.

As proudly stated by JoeBen Bevirt, Joby CEO, this collaborative approach helps to accelerate the introduction of new technologies that benefit the public and the environment. With the U.S. and the U.K. working hand-in-hand on certification, the two countries are setting the stage to be among the earliest adopters of this new technology.

Joby’s eVTOL has made the headlines multiple times so far during recent months. There was the unfortunate crash that took place back in February, when one of its prototypes plummeted to the ground during a test flight in California, putting on hold all the companies’ plans for a short while. But Joby got back on its feet and eventually resumed the test flights of its second pre-production air taxi prototype.

Joby also teamed up with NASA to conduct a series of acoustic tests on its eVTOL, proving that the aircraft’s sound level during take-off and landing is no louder or more disturbing than a normal conversation. An even lower acoustic footprint was achieved during the flight of the air taxi.

The eVTOL in discussion has a capacity of five people, four passengers and one pilot. Joby says that flying in its air taxi is more like getting into an SUV rather than in an airplane. The all-electric aircraft can hit a top speed of 200 mph (322 kph) and claims to offer a range of 150 miles (241 km) on a charge. It is environmentally friendly, silent, and efficient. Joby plans to launch its air taxi service in 2024. 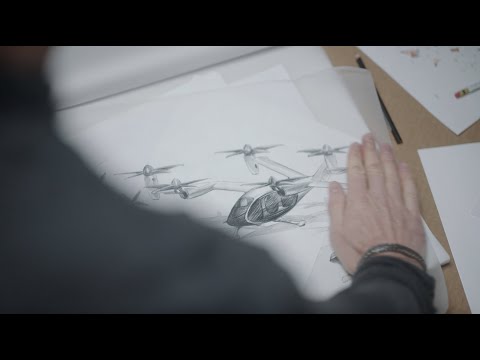