1 Obama: We Invented the Automobile! No, Actually...
Up Next 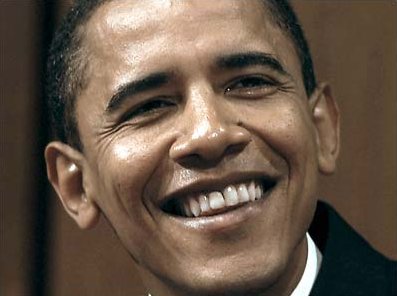 President Barack Obama took his mind off the economic crisis for a few hours and called the 2008 Sprint Cup Chase drivers at the White House on Wednesday, to honor their great achievements in the sport. Unfortunately, 3 of the 12 drivers were forced to miss the event due to conflictual commitments, but 3-time Sprint Cup champion Jimmie Johnson was able to make it to Washington in due time.

While honoring the drivers for their long service to the sport of stock car racing, president Obama stressed the great significance of NASCAR within the very culture of the United States. He praised the organization for its strong connection with other areas of the American social life and hailed NASCAR's actions in terms of local schools support and environmental innovation.

“NASCAR is a uniquely American sport. One of the core values of the NASCAR community is the belief that service isn't just something you do once in a while when it's convenient. It's a way of life. That's the face of America that you show to the world,” said the president in his speech, as reported by the Associated Press.

Triple Cup champion Jimmie Johnson was initially scheduled to come to the White House alone, but this was the first time the US president agreed to welcome all the 12 drivers battling for last year's title at the event. The Hendrick Motorsports driver was the only one who got to drive his way to the White House, though, as he parked his No 48 Chevrolet on the South Lawn.

“It's not every day that we have a championship stock car parked out on the South Lawn. Fortunately, we got Jimmie to agree not to do any burnouts and tear up my back yard,” joked president Obama during his speech.

Less than 2 months from now, Johnson will have to attend another very important event in the NASCAR series, this time in his native California state. As announced by NASCAR earlier today, the Hendrick Motorsports driver is to be inducted in the Walk of Fame on Oct. 10 at Auto Club Speedway.