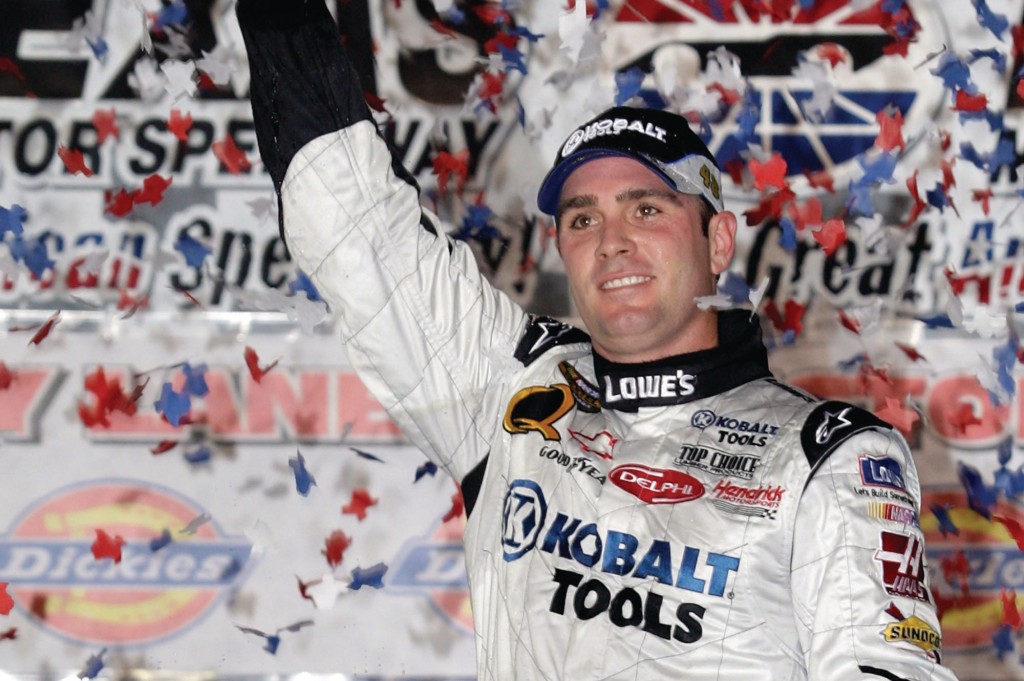 Jimmie Johnson has not only become the first NASCAR driver to win the Sprint Cup Series for a record 4 times in a row, but also the first race driver to receive the “Male Athlete Of The Year 2009” award by the Associated Press in its 78 years of existence.

The Hendrick Motorsports driver had a slow start of the season in the 2009 Sprint Cup Series, but eventually found his rhythm in the second part of the season. Once the Chase begun, Johnson powered his No 48 Chevy to the top of the grid race after race, eventually finishing the season 141 points ahead of runner-up Mark Martin.

Prior to the 2009 season, Johnson was part of a group of NASCAR drivers – Richard Petty, Dale Earnhardt, Darrell Waltrip and Cale Yarborough – who had won consecutive titles in the NASCAR series, but never 4 in a row. Yarborough was the only one to score 3 in a row, a record broke by Johnson after the 2008 season.

“We’d been wondering the last few years, ‘When is this going to hit?' It seems like the answer is now. The wave is finally peaking and we don’t know where it’s going to take us. The fourth-straight title takes it out of our sport and makes it a point of discussion like, ‘Wow, a race car driver won this thing,’” Johnson was quoted as saying to the Associated Press.

“Johnson received 42 votes from editors at U.S. newspapers which are members of the AP. Tennis star Roger Federer (30 votes) and Olympic gold medalist sprinter Usain Bolt (29) were the only other athletes with totals in the double-digits. Swimmer Michael Phelps, who won a record eight Olympic gold medals in the 2008 Beijing Games, was last year’s recipient,” said a press release from NASCAR media.