4 Self-Driving Robocar Will Be Your Personal Assistant, Doesn't Need a Steering Wheel

EV company Jidu unveiled its first concept robocar and it’s even more futuristic than we imagined it. With a sleek, seamless body, butterfly wing doors, adaptive zero-gravity seating, a 3D borderless large screen, and the ability to recognize the user’s emotions, the autonomous vehicle aims to take intelligent travel to a whole new level.
8 photos

Jidu, which is backed by Internet giant Baidu and automotive company Geely, revealed its ROBO-01 in a Roboday presentation hosted on Baidu’s metaverse platform. The autonomous EV is a very ambitious project, to say the least, but Jidu is determined to mass-produce the robocar as early as next year.

Boasting a dynamic, robot-like car body and what looks like a clean, simple design, the vehicle of the future is in fact a state-of-the-art machine packed with the most advanced AI (artificial intelligence) capabilities. The concept car you see in the video is 90 percent similar to the production model, according to Jidu. It has an “active deformable structure design,” a foldable U-shaped steering wheel that maximizes the information visibility on the already large screen, and liftable satellite speakers.

ROBO-01 uses dual Nvidia Orin X chips and has 31 external sensors, including two LiDAR, five millimeter-wave radars, 12 cameras, and 12 ultrasonic radars. Jidu claims it’s tested the car’s autonomous driving system and has verified its capabilities to adapt to three main driving scenarios: urban roads, high-speed driving, and parking. The smart cabin of the ROBO-01 is equipped with offline voice assistant, 3D-human-machine co-driving map, and millisecond-level response for 100 percent coverage of all scenarios inside and outside the vehicle.

But the robocar takes things even further, boasting what the manufacturer describes as human-like interaction abilities such as visual perception, voice recognition, lip capture, and the “ability to recognize the user’s emotions and interact with the outside world by expressing its own emotion.” Jidu goes on to explain that the robotized front design of the car integrates AI pixel headlights and high recognition rate AI voice interaction system, “enabling voice recognition function outside the car for natural communication between humans, the vehicle, and the environment."

A limited version of the first production model of the robocar is scheduled for launch in the fall of 2023 and will cost around $30,000. Jidu also plans to unveil the design of its second production model this year, at the Guangzhou Auto Show which will start on November 18 in China. 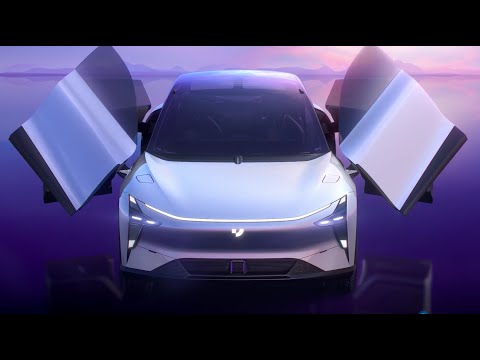