1 Man in Jetpack Flies into LAX Flight Path Again, This Time at 6,000 Feet

3 “Guy in a Jetpack” Casually Wanders on LAX Flight Path at 3,000 Feet

4 Linux Modular Concept Can Travel by Water, on Land, on Snow and in the Air

5 One Step Closer to Supersonic Flight as Boom Prototype XB-1 Takes Off
Car video reviews:
Up Next

Vince Reffet, a world-known athlete, Freeflying world champion, professional BASE jumper and the lead pilot for Yves Rossi’s Jetman jet suit, has died. He was 36 years old and is survived by his wife Agnes.
7 photos

The closest thing to actual flight for man is, these days, the jet suit or the jetpack. Some years ago, it was widely believed it would become the next hot thing in terms of personal mobility,but this never turned out to be the case due to the high level of danger involved and short flight autonomy. For Vince Reffet, flying was everyday life.

Born to skydiving parents, Reffet has always been into flying, even before he joined the team at Jetman five years ago. He was a Freeflying world champion, a professional BASE jumper and an experienced athlete, and he went out doing what he loved the most: flying.

The announcement of his death comes via the Jetman team, with a short Facebook note saying it happened “during training” on November 17. The post also notes Jetman is cooperating with local authorities in the ongoing investigation.

Jetman’s jet suit is different from other similar products on the market, in that it’s launched from a plane or helicopter. This way, the problem of a possible low-altitude malfunction or error, which could result in severe injury or even death because there is not enough time to deploy a parachute, is dealt with. Launching from an aircraft also increases flight time considerably, which allowed Reffet to perform incredible stunts along the years.

In February 2020, Jetman demonstrated new capabilities for the jet suit, with Reffet launching from the ground, hovering at low altitude and changing direction, and doing high-altitude loops at 250 mph (500 kph). This was the first time anyone had done this in a Jetman suit in real-life, and marked incredible progress for the company. The video of the demonstration is available at the bottom of the page. 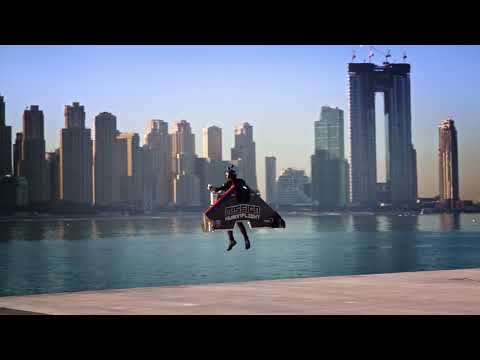