2 Porsche Offering Complimentary Inspection for Cayennes in the UK

Paul Teutul Sr. and OCC Invite You to Shave Your Head 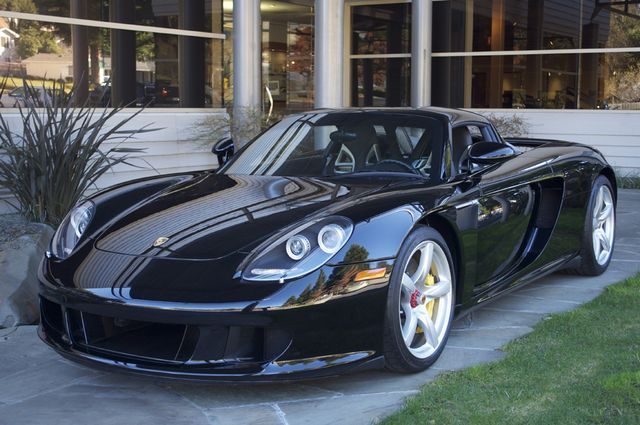 We don't really know why on Earth would anybody do such a thing, but Jerry Seinfeld is selling his Porsche Carrera GT. And as if that wasn't enough, the car seems to be in perfect condition, with only 3,175 (approximately 5,000 kilometers) on the clock. Yes, it sounds like a catch, but it's not. The vendor has even a certificate to prove that the well-known actor and comedian previously owned the car, so the whole thing is 100 percent sure.

Now, because we're sure that many of you are now screaming that we're living in a cruel world and only a few would actually afford such a beast, calm down a little bit. Only a few actually had the chance to drive a Carrera GT because only around 1,200 units have been built by Porsche.

But this special model has something special. besides the engine 5.7-liter V10 engine that produces 6120 horsepower and jumps from 0 to 100 km/h (62 mph) in just 3.9 seconds, Jerry's Carrera GT has grey leather trim inside and is painted in a shiny black finish that look quite astonishing. This information wouldn't help you at all if you reach the maximum speed of 330 km/h (206 mph), but still...

If money isn't a problem for you and this article was just the first step in your search for a Carrera GT, you should probably find out that buying Seinfeld's car would help join a very exclusive group of celebrities owning the same model, including Jay Leno, Ralph Lauren, Tiger Woods and Christijan Albers.