1 Jerry Seinfeld's 2004 Porsche Carrera GT Is Up for Grabs Again, There's No Reserve

5 Jerry Seinfeld's Porsche Collection Is About to Get Smaller
Car video reviews:
Coverstory

Actor and comedian Jerry Seinfeld is also an avid car collector that is mostly known for his passion for classic Porsches. Nevertheless, his collection also featured several Volkswagen classics, with at least one Beetle and a Type 2 bus that he sold in 2016 in a monster Amelia Island auction worth $22 million. Now, it appears that the Type 2 is back on the market and is attracting a lot of attention on Bring a Trailer.
31 photos

The 1964 Volkswagen Type 2 EZ Camper was bought by Jerry Seinfeld in 2010 and remained in his collection until 2016, when he sold it along with a Volkswagen Beetle and other 15 Porsches at an Amelia Island auction. The current owner bought it for $99,999, a price that is pretty much in line with other Bullis on the classic market, and the estimates for it at the time.

When it was discovered in 2010 in Texas, the bus was considered one of the finest unrestored split-screen campers in existence. The Bulli was converted to camper specifications by EZ Camper of America in Littlerock, California and it’s still in its original form today. The seller mentions they have given the vehicle compression and leak tests, a brake fluid flush, clutch adjustment, carburetor cleaning, while also replacing all four tires.

As for the camper features installed by EZ Camper, we appreciate the pristine condition of the wood paneling. Even though the camper does not feature a kitchenette, there is a sink and a Mobilair ice chest, as well as enough cabinets to store everything you need on the road. The usual fold-away table is there, along with a folding bench that doubles as a bed, and two electrical outlets.

The engine is a 1.5-liter flat-four with a Volkswagen-branded Solex carburetor. This sends power to the rear wheels via a four-speed manual transmission. Additional work done in preparation for the sale included the replacement of the battery and a fuel line, and repairs to the muffler. As you can see in the pictures, the underbody looks impressive.

Usually, the cars that were owned by celebrities attract a lot of attention and the biddings go very high very fast. This seems to be also true for this Type 2 that was once in Seinfeld’s collection. The third day into the auction, the highest bid is already at $48,000. This is far from the $100k that the seller paid for the car six years ago, and we should say that this is a no reserve auction. 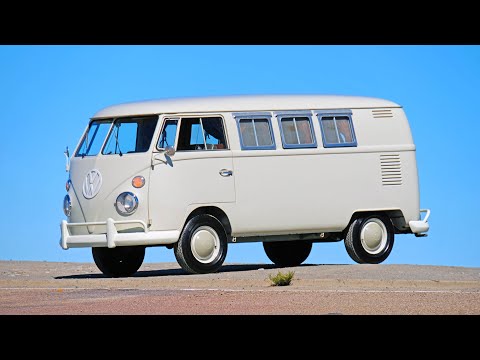