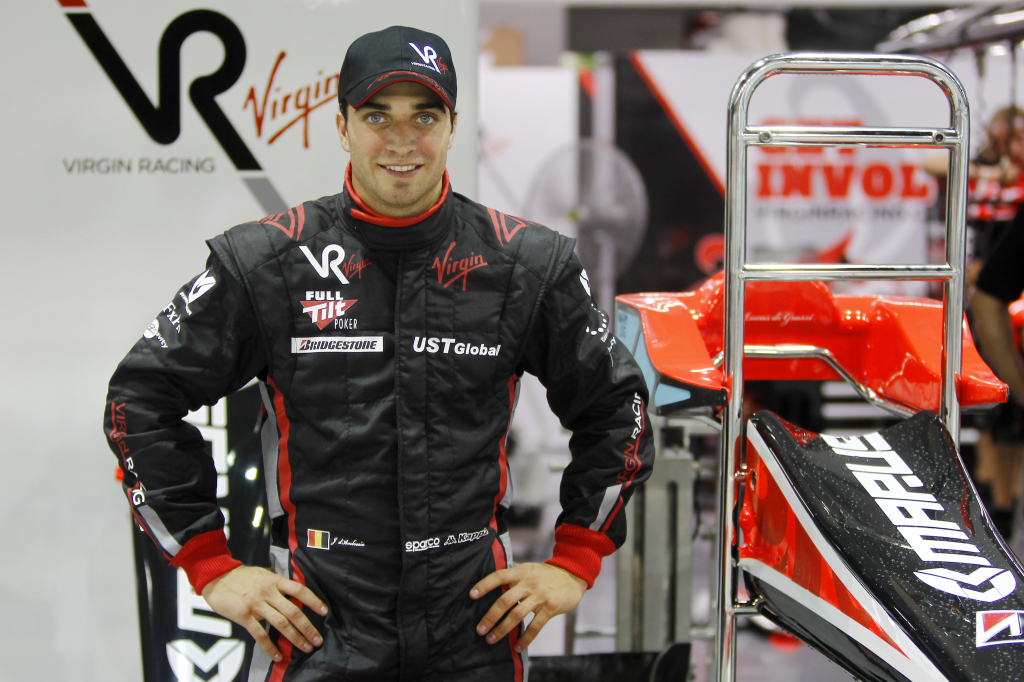 Another vacancy for the 2011 Formula One championship is now history, as Marussia Virgin Racing confirmed that Belgian driver Jerome D'Ambrosio will make his Formula One debut alongside Timo Glock next season.

The 25-year old GP2 graduate had drove the team's VR-01 racer during four Friday practice sessions last year – back when he was a reserve driver for Virgin Racing – before testing for the British team once again during the Abu Dhabi rookie test in November.

Former Virgin driver Lucas di Grassi did not make the cut, as the last racer in the team's 2011 lineup is Luiz Razia, who will become official test and reserve driver for the squad.

“I had a tough test to complete because there was a lot of competition for this seat but at the same time I got on well with the team and felt that I had found my home. I feel very comfortable with them - they are extremely professional and ambitious people and it is exciting to think that I can be a part of shaping the team’s future. I would like to thank everyone at Marussia Virgin Racing for the faith they have showed in me and everyone at Gravity Sport Management for the support they have given to my career so far.”

While teammate Timo Glock welcomed his new teammate at Marussia Virgin and in Formula One all together, team principal John Booth admitted the Belgian racer has been on the team's radar for quite some time.

“We had followed his progress in GP2 closely and it was clear he was ‘one to watch’, but when we put him in the car for the four race weekends and the Abu Dhabi test he surpassed even our own expectations. He slotted into the team perfectly and everyone took a shine to him, including our partners and the media. Apart from his obvious skill at the wheel of a Formula One car, he is an immensely personable young guy who is a pleasure to have around,” said Booth.