3 D'Ambrosio Will Bring Money to Virgin
Car video reviews:
Up Next 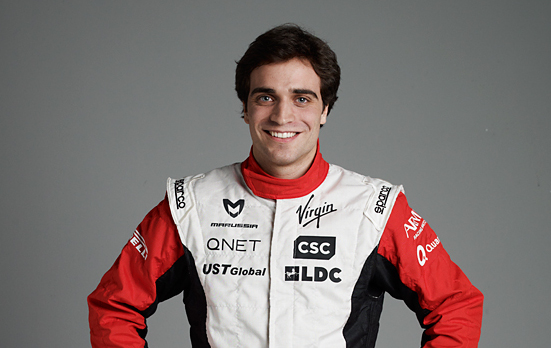 Jerome D'Ambrosio seems to have made quite an impression on his new team, Marussia Virgin. So much that only one test meeting inside the 2011 Formula 1 campaign, the Belgian driver was already given a catchy nickname by his mechanics.

According to reports, and quite visible in recent days, the GP2 graduate is known as “Custard” inside the Virgin garage, with the name actually posted on his cockpit during the recent test in Valencia. And here's where he got it from.

For those of you living in the UK, you're probably familiar with the word Ambrosia, as it represents a well-known British brand of custard and rice pudding. And since the team, although running under a Russian license in 2011, is based in the UK and the Belgian's name is similar to the aforementioned company, there you have it.

Needless to say, D'Ambrosio is not at all grumpy about it. In fact, he is quite happy with how things are going between him and the team's mechanics, as the quick nickname goes to say a lot about how he fit into the Banbury based squad.

“It just shows I fit in the team pretty well straight way, so I'm happy,” said the 25-year old, according to The Sun newspaper.

D'Ambrosio did quite well at the wheel of his Virgin VR-01 during the recent test in Valencia, scoring some impressive times in the first day of action. Both him and teammate Timo Glock will switch to the new MVR-02 single-seater later this week, when the second off-season test kicks off in Jerez, on thursday.