1 BMW Puts a Price Tag on the New 7 Series, i7 Down Under, Flagship Models Are Pricey

4 The 2024 BMW 5 Series and 7 Series Will Drive Themselves, There'll Be No Beta Testing

5 Even Good People Like Jennifer Garner Get Parking Tickets Sometimes During Errands
Car video reviews:
Up Next

Jennifer Garner Might Have a Family SUV, But Also Owns a Luxurious BMW 7 Series

Jennifer Garner might look like the type of actress who would go for a family SUV to fit all her children while doing typical PTA mom activities. But she’s more than that, and also owns a BMW 7 Series.
6 photos

Ever since she started dating Ben Affleck almost twenty years ago, Jennifer Garner has been portrayed as the nice girl next door. She is always a joyful, respectful person and a good mom. So, when it comes to her taste in cars, you’d believe she’d go for something lowkey, big enough to fit all her three children, and powerful enough to brave the LA traffic.

For that, she owns a Subaru Ascent, which offers the most space in a vehicle the brand has ever produced, making it the ideal family SUV. The model has enough room for seven passengers. Jennifer shares Violet, 16, Seraphina, 13, and son Samuel, 10, with actor Ben Affleck.

But she also owns a premium sedan – the BMW 7 Series. The model was introduced by the German brand in 1977 and has currently reached its seventh generation.

The one Jennifer has is the facelifted version of the sixth generation. She went for a plug-in hybrid powertrain, the 745e xDrive, according to the inscription on the rear of the vehicle. The sedan is put in motion by a 3.0-liter I6, working alongside an electric motor and paired with an eight-speed automatic transmission, for a total output of 394 horsepower (389 ps) and 442 lb-ft (599 Nm) of torque, delivered to both axles.

Besides the Subaru and the BMW, Jennifer’s garage also hosts a fifth-gen Lexus LS 500h, so she might just be more adventurous than she seems. 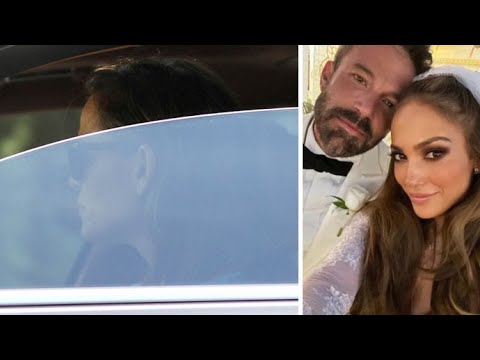 A post shared by Stars and Their Cars (@starsandtheircars)