3 Jeff Bezos Unveils Blue Moon Lander, Says It Could Be Used for 2024 Mission

In the world of reusable rocket boosters, there is presently a single player leading the pack: SpaceX. But in the years to come, competition will likely grow exponentially, and that can only be a good thing for space exploration.
1 photo
Jeff Bezos’ Blue Origin is shaping up to become the biggest competitor for Musk’s company. Not only is the technology they use on the verge of changing space launches, but the pace of development seems to have picked up speed, and more and more commercial customers fly Blue.

On Wednesday, December 11, Blue Origin launched the NS-12 mission, taking to orbit for a brief period of time art, recycling technology, and educational projects. The flight was host to the company’s 100th commercial customer, who sent thousands of Club for the Future postcards to orbit.

But, most importantly, Blue Origin’s mission relied on a previously flown booster for its success. Taking this week’s launch into account, this particular booster launched and then safely landed for a total of six times.

“This mission was another step towards verifying New Shepard for human spaceflight as we continue to mature the safety and reliability of the vehicle,” said the company in a statement.

“This particular rocket has been an operational payload vehicle for several flights, meaning there are no more updates to the system.”

Founded in 2000, Blue Origin focuses on suborbital to orbital flight, powered by vertical takeoff and vertical landing vehicles. There are two vehicles developed by the company, the New Shepard and the New Glenn.

The former is the one already in use, while the latter should begin flight tests sometime in 2020. Both space machines are powered by in-house built engines, fueled with liquid hydrogen, and developing the equivalent of more than 1 million horsepower at full throttle.

Eventually, both the New Shepard and New Glenn will be capable of carrying humans to space. 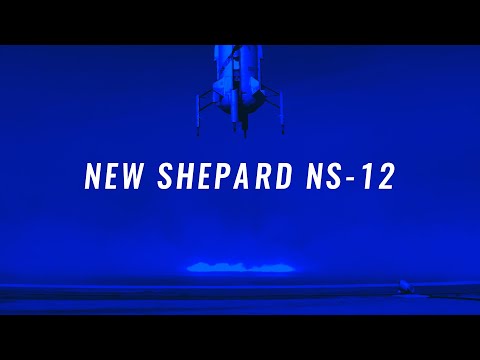