Former comedian and talk show host Jay Leno is known for a bunch of things: he’s funny, he’s rich, and he’s a passionate car and motorcycle collector. Somehow despite all this, he’s also one of the nicest guys around.
6 photos

Here’s a story to confirm that last part, or perhaps to further affirm the fact that nothing will attract Leno’s attention better than a classic car. Luxury real estate agent Dwayne Henry of Westside Estate Agency owns a 1953 Mercedes-Benz 300 – a car Leno also has in his garage, only an earlier model.

Henry tells TMZ that, on Sunday, he took his car for a drive on the Sunset Strip, to fight off the Coronavirus and self-isolation blues in style. He knew right away that “something was not right,” so he pulled over to have a look under the hood.

Such a car can’t but attract attention, especially if it’s pulled by the side of the road. To Henry’s luck, Jay Leno happened to pass by and he stopped to inquire if he needed any help. Leno was driving his Tesla, the real estate agent says.

Henry had already called the tow truck by then, but he assumed another pair of trained eyes couldn’t hurt. Leno popped open the hood to investigate, and he continued to do so even after the tow truck arrived. One of the guys even have him a wrench “so he could tinker some more,” according to Henry.

While Leno wasn’t able to get the car back on the road, he did get to the root of the problem: a brake issue. Henry says he had it towed and, as proof of his celebrity encounter, snapped a photo with Leno. It’s posted on his Instagram but the account is private; you can see it at the TMZ link above.

Leno also owns a 1932 Mercedes-Benz SSKL he featured in one of this year’s episodes of Jay Leno’s Garage. His collection includes a total of 189 cars and 168 motorcycles, including the world’s largest collection of British Brough Superior bikes. To put it mildly, the man has an eye for the beautiful and exotic – and a deep pocket to match. 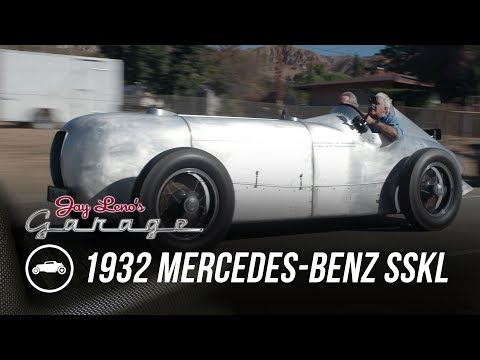