NBC’s "The Tonight Show with Jay Leno" brought him a nice spot on the Television Hall of Fame, but the best way to size performance in showbiz is by the number of fans you get without any help of advertising. This is why, when the famous car collector’s YouTube account reached the 1 million mark, he posted a special thanking video.
1 photo
Some of you will say he was already famous. Getting fans online after hosting your own show for 19 years on national broadcast is quite easy, you might think. Well, it’s not really that easy considering you can’t just switch them off TV and on internet all of the sudden. It’s not like you move a box of tools around the house.

And no matter how rich he is and how many cars this fellow owns, it would seem he’ll never forget where he left from and who is to thank for his success. The video was posted yesterday on Jay’s famous YouTube auto show the TV legend started as a hobby five years ago. Not only did the show receive several awards, including an Emmy, but it was recently announced the show will also switch to TV.

Starting next year fans around the country will be able to watch Jay and his beautiful cars (fact: Jay Leno owns approximately 286 vehicles, 169 automobiles and 117 motorcycles) on primetime television with CNBC. Reports are the TV episodes will be far richer than the websites. There is still no word on what will happen with the current YouTube channel, but considering Leno’s thanking video, we’re guessing it’s going to go on. 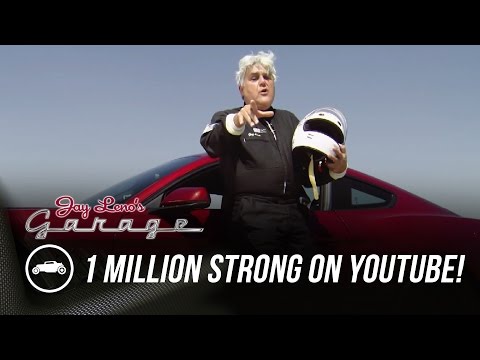