2 Infant Incubator from Car Parts to Serve the Poor 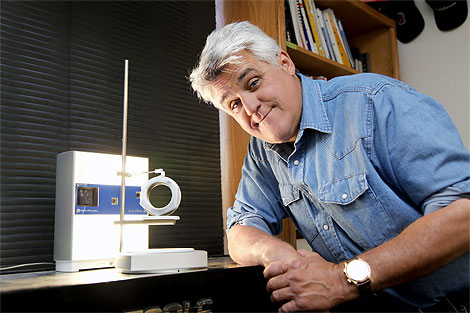 The famous American talk-show host, known world-wide for his passion for cars, revealed to the public his 3D printer that allows him to make exact copies of different cars parts. Leno, which just took part in Jaguar's latest presentation, the all new XJ, event that we told you about last week, said he always had problems in finding parts for his rare and old cars.

With Leno's impressive (to say the least) collection of rare and highly prized automobiles came the issue of maintenance and replacement of parts that are no longer being manufactured. So he acquired a NextEngine 3D scanner and Dimension 3D printer. Now with the help of those two, Leno is able to scan almost any car part and have it ready in a finished and usable form. 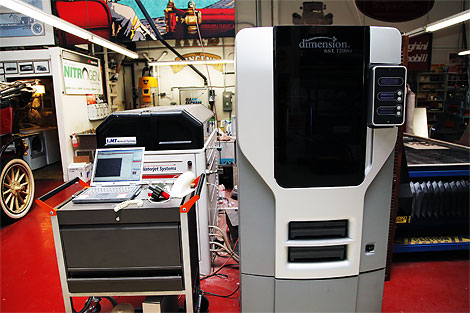 “These incredible devices allow you to make the form you need to create almost any part. The scanner can measure about 50,000 points per second at a density of 160,000 dots per inch (dpi) to create a highly detailed digital model” said Jay Leno in an article for popularmechanics.com.

The process takes place as follows: the object is scanned, then printed in lifelike 3D from plastic. The plastic is then sent out to create a mold and the finally being forged in metal or whatever material is required for the part. The scanner takes about 20 minutes to scan a part on average and about 3 hours to print in plastic.

With the help of an advanced computer software they can even remove irregularities form the original parts before printing the plastic piece. “Once the model is finished, any excess support material between moving parts is dissolved in a water-based solution”, added Leno.

Pleased of his incredible smart toys, Jay Leno even went as far as stating that “if you had a one-off Ferrari engine, you could scan each part and then re-create the entire motor”.

“The NextEngine scanner costs $2,995. The Dimension uPrint Personal 3D printer is now under $15,000. That’s not cheap. But this technology used to cost 10 times that amount. And I think the price will come down even more”, concluded the American car collector.