2 EarthRoamer HD: Explore the Wilderness on Board a $1.7 Million Mansion on Wheels

4 The King Is Dead, Long Live the King: EarthRoamer XV-LTS Has Been Discontinued

5 This Ford F-550 Overlander Is a More Compact, Efficient Expedition Vehicle
Car video reviews:
Up Next

What’s luxurious and comfortable on the inside, but in a very manly cave-man-type of way, with a badass exterior that would make you think the SWAT team has arrived, is sheathed in layers of pure testosterone, and has rivets of sweat and blood? The answer is Jason Momoa’s EarthRoamer – or any other EarthRoamer, for that matter.

The above is obviously an exaggeration, but the reality is that, in the niche of overlanders, few other makers have made such an impact as Colorado-based EarthRoamer. It’s been on the market for more than two decades, delivering awesome and impressively competent overlanders, all of them at eye-watering prices. An EarthRoamer, a Ford F-550 conversion, will set you back $590,000 for the most basic, cheapest model, but a custom unit can easily ask as much as $1.7 million.

EarthRoamers are for rich guys and gals who like the adventure but hate roughing it up. It’s no surprise, then, that actor Jason Momoa also has one. Recent reports have claimed that he’s been shacking up in his RV, an EarthRoamer XV-LTi 026 he had custom-built, in a friend’s yard, after he and wife Lisa Bonet decided to get a divorce. In other words, she gets to keep the $3.2 million mansion and the gorgeous 1965 Ford Mustang convertible he had restored for her in 2020, and he gets to keep his favorite toy.

Despite some reports, Momoa’s EarthRoamer is not new. As we mentioned in a previous post, he took delivery of it in 2018, and even drove it to the 2019 premiere of Aquaman, back in the day when it was OK for hundreds of people to gather in the same place and breathe the same air. One of the videos at the bottom of the page shows Momoa’s arrival – it’s also posted on the EarthRoamer website, as some sort of ad.
EarthRoamer is popular, but Jason Momoa is arguably its highest-profile client. In fact, Momoa has been featured in several EarthRoamer promotional videos, including a making-of-type of video for his unit, EarthRoamer #211, and another one showcasing the unit’s rear kitchen. Interior shots of this particular overlander were never made public, and it’s understandable: as much as a celebrity is willing to bring attention to a company with something they bought, privacy remains a priority.

Still, from what has been printed online, assuming it’s accurate, Momoa’s overlander cost some $750,000 to build, which is cheap if you think a fully-specced, non-custom XV-LTi can go as high as $700,000. Features mentioned include a Nespresso machine, a king-size bed, a giant fish tank for Aquaman, a pull-out sofa, and solar panels.

The non-celebrity-owned XV-LTi is an impressive beast – and a well-specced one, at it. Described at the time it was officially introduced in 2019 as “the most advanced EarthRoamer,” it’s an upgrade over the previous XV-LT model that brings a lighter carbon fiber monocoque construction, improved fuel efficiency, and more headroom.

Built on the chassis of an AWD Ford F-550, and powered by a 6.7-liter Power Stroke turbo diesel V8 engine, the XV-LTi has standard digital control system, lithium battery power bank and solar charging (an 11-kWh lithium-ion battery bank and a 1,320 W solar panel array), and mobile internet. It’s clearly outfitted to take the digital nomad of today to places where there is little trace of civilization, but Momoa has mostly been using his as his work trailer, particularly during the production of the first Aquaman film.

The XV-LTi offers five floorplans, with sleeping for three or four people depending on which you choose. The interior has a full kitchen and dining area, a king mattress over the cab, a wet bath, and plenty of storage space. Furnishes are elegant but subdued and, most importantly, high-quality: maple and teak, granite, Caesarstone and stainless steel, and faux leather.

The XV-LTi rides on 41-in Continental MPT-81 tires on military-grade beadlock wheels, and is described as “the American dream:” it’s an overlander built in America, by hand by Americans, and designed for exploring America. Jason Momoa is livin’ the American dream alright. 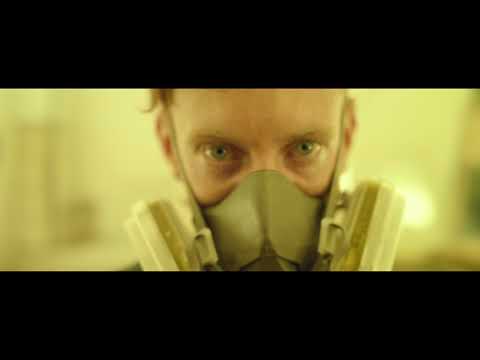 
Please join us in welcoming @prideofgyypsies Jason Momoa to our EarthRoamer family! You may know him as Aquaman or Khal Drogo on Game of Thrones - but he’s EarthRoamer #211 and ohana to us now ???????????? #roamsquad#ohana#liveyourdream pic.twitter.com/kJNnL3BcY1

Shoot for the Moon With Your Very Own 1969 NASA Saturn V Rocket: Powered by CO2 Cartridges