Jamie Oliver is a star chef known in all corners of the world. It's not just his recipes that have caught the people's attention, but also the way he delivers them. He's a naturally charismatic guy who can make you hungry with his passion for food just seconds after you finished a meal.
1 photo
You might also have heard his name in the same phrase as McDonald's. The British chef went on a crusade against the world's biggest fast-food chain claiming the burgers sold there were unfit for human consumption. After a long trial, he won, forcing McDonald's to change the recipe.

Finally, another one of Jamie's actions was highly mediatized because, let's face it, it was deeply worrying. While on tour in the United States, he got to chat with 6-year-old 1st-grade kids and showed them various vegetables. An entire class failed to recognize even the most basic of them such as the tomatoes or potatoes, showing how little they know about where their food comes from.

Well, now that we've established who Jamie Oliver is and what he's famous for, you shouldn't be too surprised about his requirements when Land Rover's Special Vehicle Operations offered to make a custom Discovery SUV for him. It had to include plenty of kitchen appliances, some fresh plants, and, of course, olive oil.

Like many larger vehicles, the Discovery is offered with a refrigerated armrest even before the SVO gets involved. But Jamie wanted a toaster as well. His list included a pull-out table coming out of the back, a spin-roast at the front as well as a coffee machine, much to the bewilderment of the Land Rover designers.

In Jamie's defense, the SVO guys did say anything was possible when pitching the idea to him, so he didn't hold back. In the end, we have to admit we wouldn't mind a Land Rover Discovery like that. Sure, you won't have too much space for luggage, the dishes might rattle a little, and you risk burning your hand in the toaster when you reach for the gear selector, but just think of the level it would raise your picnics to. 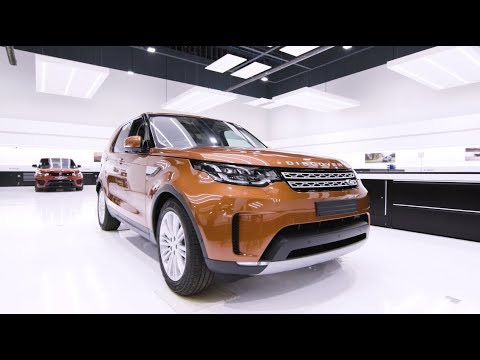