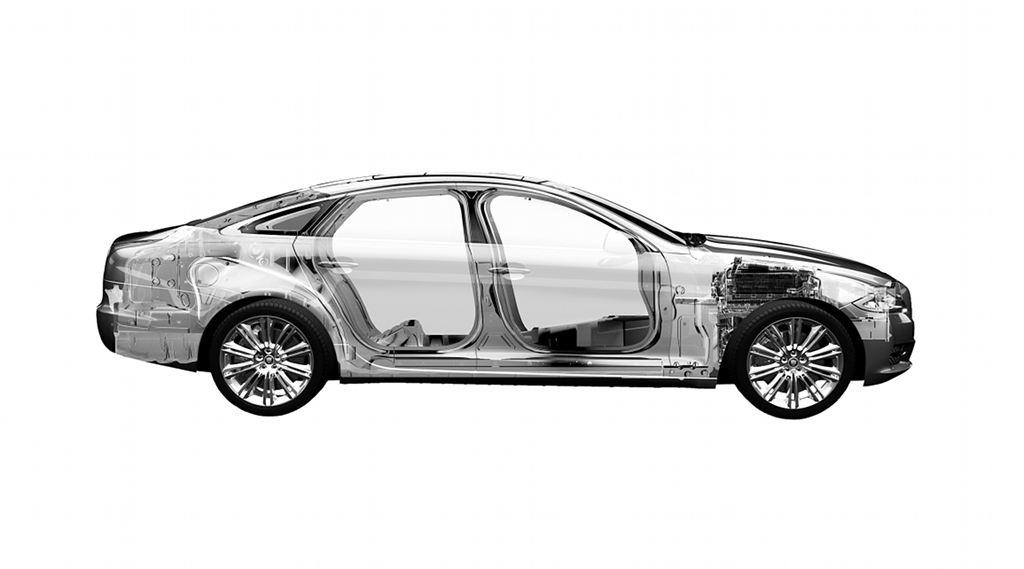 Tata Motor’s Jaguar Land Rover plans to reduce its future production costs by reducing the number of platforms used to a microscopic two, from the current six, including a platform share between the Jaguar XJ and the Range Rover, as autocar reports.

Jaguar Land Rover wants to use two platforms for all of its cars. The “entry level” chassis will be based on a traditional steel structure (developed on Ford’s C1 platform) which will have three versions, destined for the three members of the Freelander family. The upper platform, the one that currently serves as a base for the fresh Jaguar XJ, will be adapted to underpin the Range Rover. This move will not require high engineering or production costs, as the aforementioned source writes.

According to autocar, the floor and the front crumple zone of the Land Rover incarnation of the platform will be left untouched, while the front bulkhead will be raised. At the back, engineers will redesign the bulkhead in order to accommodate a set of folding rear seats.

The Range Rover will also feature taller front suspension strut towers that will be able to sustain its massive wheels articulations and cope with the SUV’s higher ride height.

This luxury saloon-SUV symbiosis is currently being used by Porsche, as its Panamera sedan shares many components with the company’s Cayenne SUV. The two cars even use the same assembly line.

However, with technical details being limited for now, we’re not pretty sure if we should put this in the rumor cabinet or not.