The Sussex countryside near Goodwood was reverberating to the sound of supercharged V8 Jaguars as they had descended onto the ultra-narrow roads surrounding the famous circuit. Since this was happening after a track session in just about every Jaguar from the current line-up, every driver was already "warmed up", to say the least, so we're not talking about cruising around.

We don't know if the organizers had previously "spoken" to the local police to maybe take a day off or not, but it certainly seemed that way. Either that, or they do things a little bit different in the UK. We're only saying this because we didn't meet a single constable during our tenure in both an XK-R Convertible that sounded like a Supermarine Spitfire during a dog fight and a cozy, comfy but also fast as hell XF-R. FIRST IMPRESSIONS
But, how about if we start this from the beginning? A couple of weeks or so ago we received an e-mail from a mysterious Sarah, inviting us to drive all the current Jaguar models on the Goodwood motor circuit in southern UK (West Sussex) and its surrounding areas. Considering this wasn't exactly the kind of offer to which you reply "let me check my schedule and I'll get back to you!" we naturally said yes. Even though this meant flying into the UK exclusively for this event.

Fast forward for around two weeks, we're getting into an old-school black hackney carriage which takes us from the Chichester train station to the nearby Goodwood Hotel & Spa, where the Jaguar event organizers, including the aforementioned mysterious Sarah, were expecting us. The following day we were going to experience how it is to drive every single Jaguar from their current line-up on both the track and on the road.

When that day came, our excitement soon transformed into amazement at how well preserved the Goodwood motor circuit is. By "amazement" we mean "jaw dropping" and by "preserved" we mean that almost everything looks like the day it was built, which was over 62 years ago. The second you enter the circuit's premises you're greeted with a short underground tunnel entry whose width can barely fit a modern car. 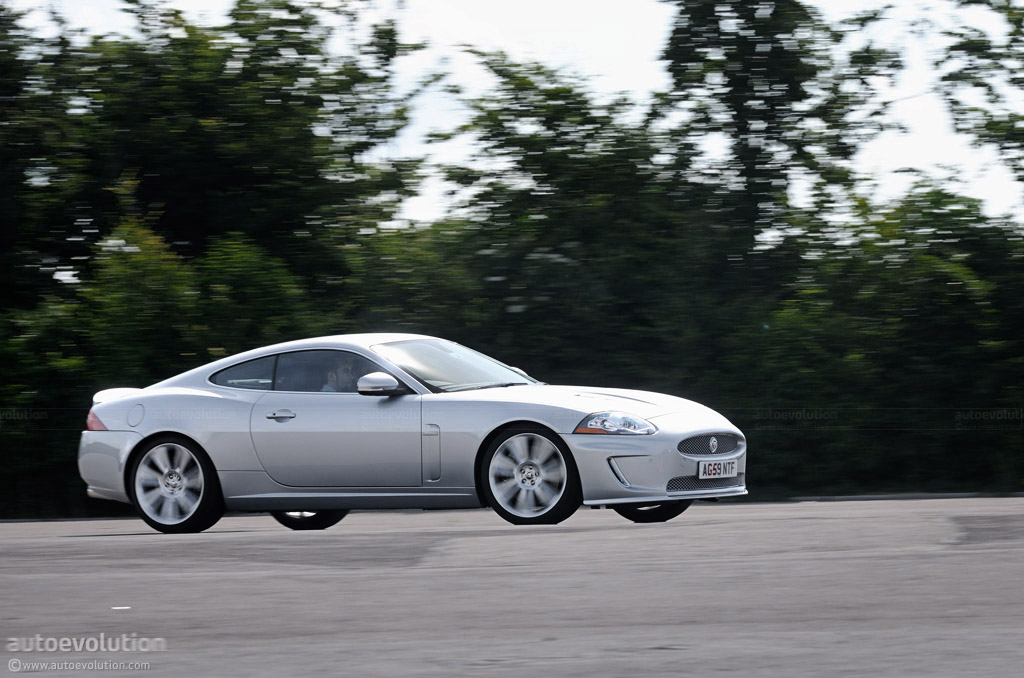 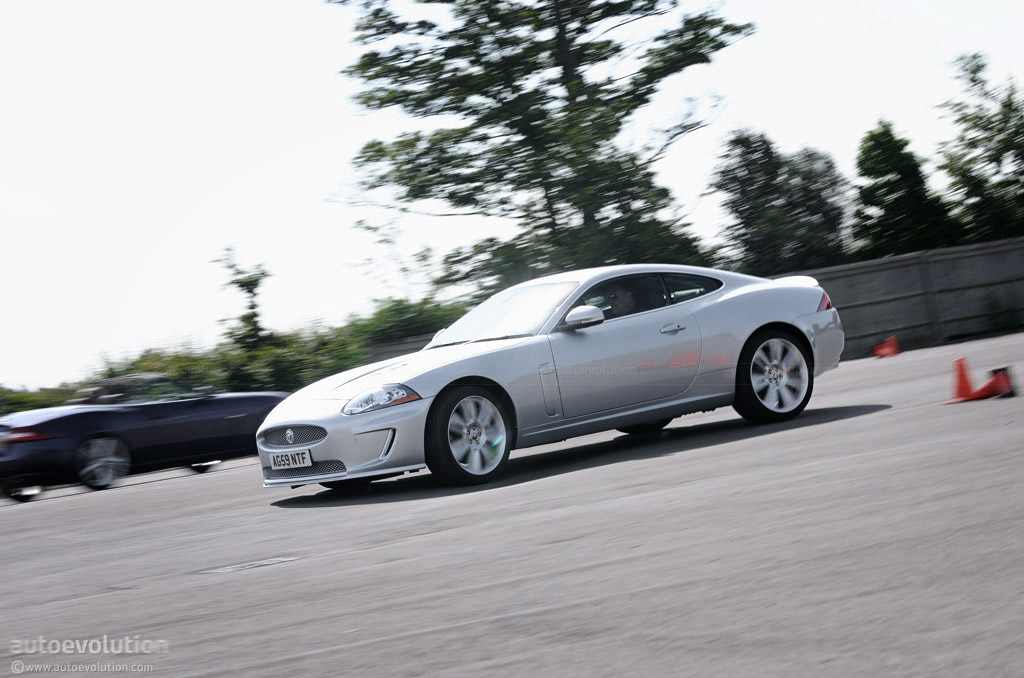 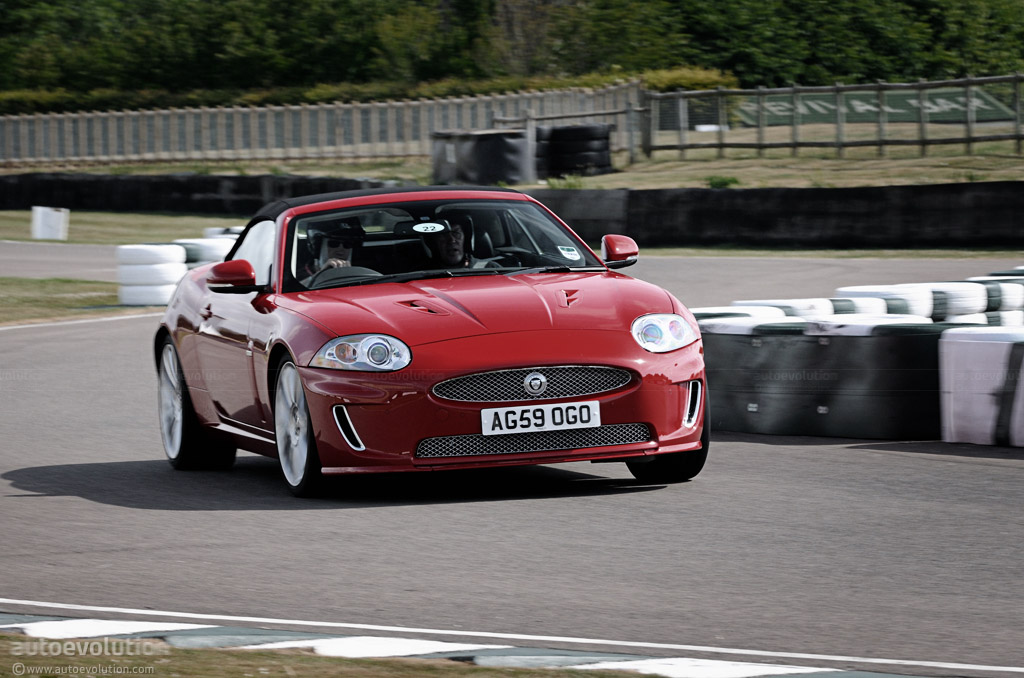 Keep in mind, when it was first built, in 1948, most cars were a little bit narrower than today. Not to mention the fact that back then a Grand Prix car was technically as wide as a normal-sized bathtub with wheels attached, and those were the type of cars which had to usually pass through that tunnel. The tunnel runs right under Goodwood circuit's main straight, near the pits.

So, after a short stroll through nostalgia lane by looking at a bunch of pictures showing an almost identical setting of the circuit venue in 1948, we proceeded to a short press conference organized by the Jaguar people and got some casual track driving advice. One of the things that caught our attention during this part of the conference was actually rather funny. Even though the Goodwood track has tire walls on almost every part where you might drift away from the driving surface and hit something, the neighborhood rabbits have transformed the tires' interiors into their own private toilets. Therefore, the rabbit feces accumulated over the years have transformed the somewhat soft walls into hard concrete. Good(wood) to know.

The first short event on the agenda for the day consisted of checking out the handling differences between the Jaguar XK and the XK-R on a Gymkhana-like track filled with cones "built" in a nearby parking lot. Apart from the cars themselves, the real surprise was the fact that I got the chance to drive with a real car enthusiast as a racing instructor in the passenger seat.

The guy was absolutely mental about his job and about fast cars in general. I first got a hint that he's not your average boring racing instructor when we were first heading with me as a passenger for the improvised handling track, since he stopped for a couple of seconds ahead of the aforementioned narrow tunnel, rolled down the windows and stepped on it just so we could hear the multiplied hellish sound the XK-R makes on full throttle. The look on his face right before he did this short and totally unexpected stunt was absolutely priceless.

After doing... oh, about 0.37% of the moves Ken Block can do on a daily basis with just about any car on a real Gymkhana track, our ears were just beginning to familiarize to the rich V8 sound the XK-Rs with semi-active exhausts can make.

Still, this was just the beginning of the day, since the best was yet to come. Just after a half an hour or so we did a couple of really hot laps with an XF-R on the actual Goodwood motor circuit as passengers, with another racing instructor at the wheel. This was apparently just to somewhat familiarize ourselves with the track, since we were about to drive everything from the 275 horsepower oil-burning XF Diesel S to Jaguar's modern iconic cars, such as the XF-R, the aluminium space frame XJ Super Sport and the god-of-thunder-sounding XK-R with and without the Speed pack. 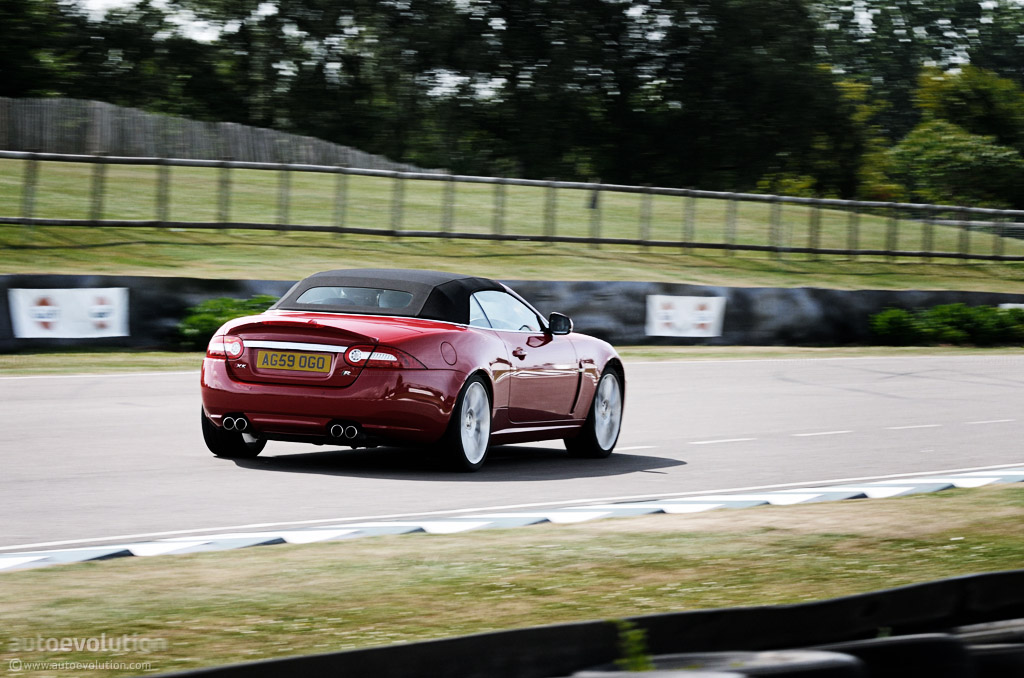 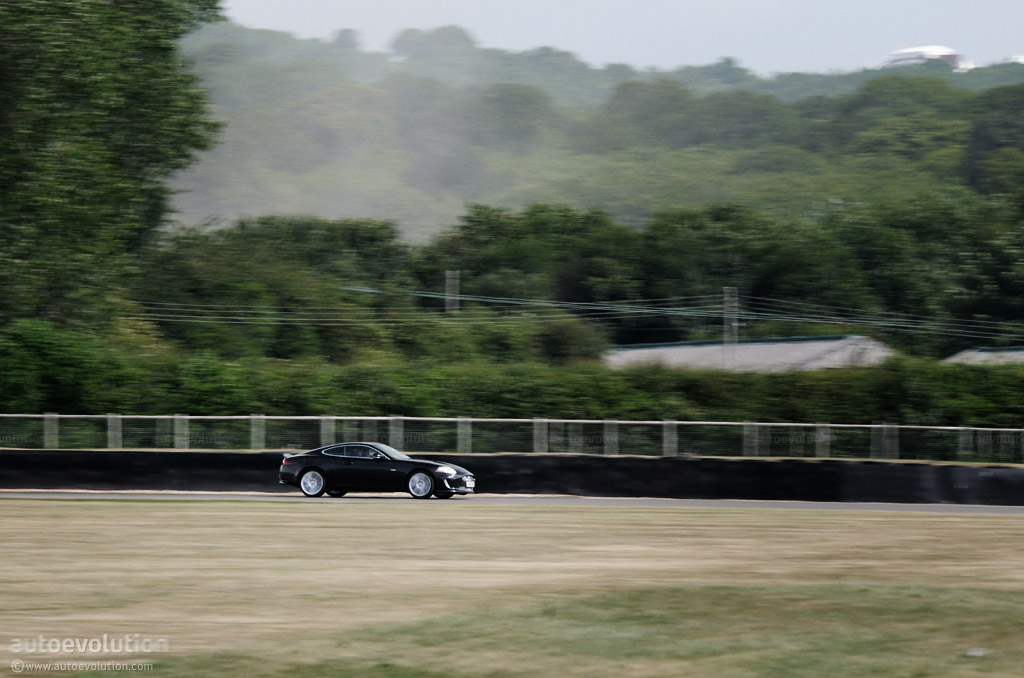 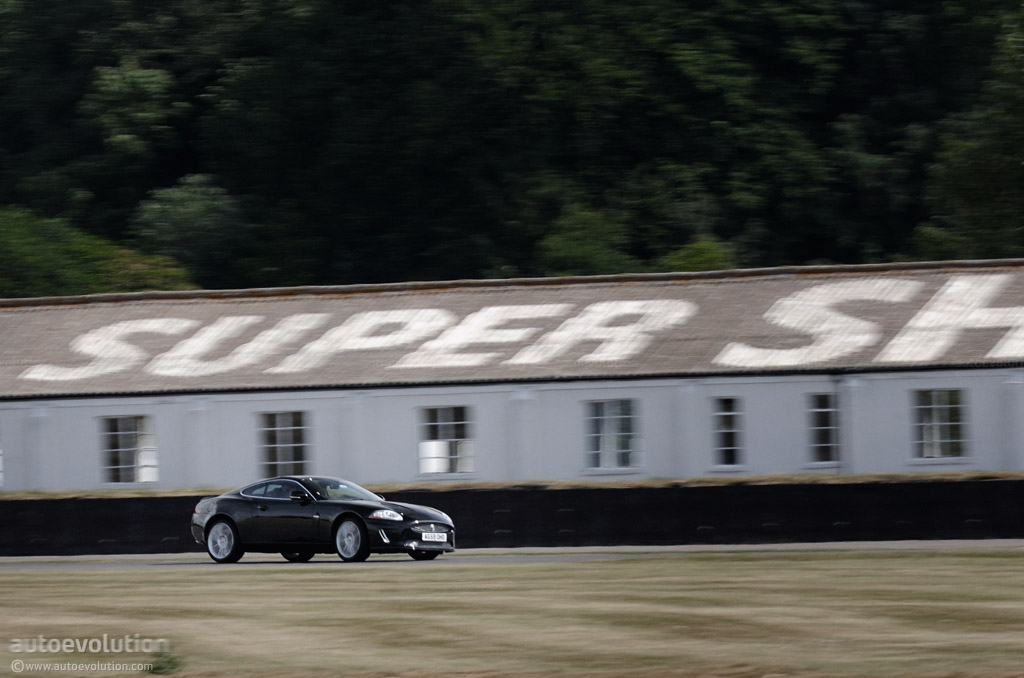 The only somewhat disappointing bit was the fact that we couldn't conduct an actual full hot lap because of a rather odd local law. Apparently, the local city council was restricting the amount of noise that can come out of the track at 98 decibels. This translated into a couple of decibel-measurement devices located in two different parts of the circuit. Fortunately, our racing instructor's advice wasn't to slow down but to change to a higher gear in those areas, so as to keep the revs a bit lower for a couple of seconds. Fine by us!

After an hour or so of burning rubber and gasoline (and a bit of diesel, mea culpa!) on the Goodwood historical racing track with some of the most powerful road-going Jaguars in history we went to lunch and then awaited for the road-driving sessions. Speaking of which, Jaguar had provided around 100 (one hundred!) press cars just for this event. To quote Nick O'Donnell, Jaguar's PR Manager, "there's definitely no shortage of Jaguars here today".

From the three parking lots inside the Goodwood motor circuit venue reserved by Jaguar, all of them fully packed with four-wheeled felines that were purring at idle and angrily roaring at full throttle, we first got the chance to drive red XK-R Cabriolet, after which we had a short stint in a pearly-white XF-R.

We drove both cars in and around the Goodwood area trying to fit on the extremely narrow roads which were filled with caravans and trucks going to the Festival of Speed, then to begin in just a couple of days. More about those cars in two short test drive stories which will be posted the following days on autoevolution, so stay tuned for more.