3 Mach Foose: When a Classic and a Modern Mustang Become a Single Piece of Automotive Art

4 1972 Dodge Charger SE Recovered From a Salvage Yard, Looks Like It Deserves a Better Life

5 1955 Pontiac Gets Saved From Rusting Away in a Field by a Family Who Restomods It
Car video reviews:
Up Next

Jaguar Mk V Restomod Can't Match Its Donor's Range, But Do You Care?

Restomods are rather cool, especially from the perspective of bringing an older vehicle back on the road with modern technology at hand. While you will never win a Concours d'Elegance with a restomod, you will turn heads at a car meet, and you will most definitely take pride in your work.
6 photos

For example, a YouTuber who goes by the handle Superfast Matt has made his latest conversion operational. While Matt reached internet fame through his Honda S600 motorcycle engine swap, he then took things further and converted a 1950s Jaguar Mk V with a Tesla Model 3 powertrain.

The swap was not exactly straightforward, and Matt revealed a few issues as he proceeded to go on long drives with his EV-swapped classic car.

The only giveaway of it being something it does not appear to be comes from the wheels, which are straight from the donor Tesla. Some people criticized that on Reddit, but you can imagine what it takes to get classic Jaguar wheels to work on a modern EV drivetrain.

As with every project car, minor issues will occur, and there might also be bigger issues at play. It is all part of the project car experience, so be prepared for a less than optimal experience if you ever attempt something like this. If you want our take on this, we suggest doing it while you are younger, instead of planning to do it while you get older.

The biggest drawback with installing the Tesla Model 3 drivetrain in a different vehicle, besides the added weight, is that you will not obtain the same range that the American brand estimated its models would obtain. It is worth noting that the swap has made the Jaguar nice to drive, as it involved modern suspension, as well as brakes, wheels, and tires from a current-generation car.

Yes, that is the point of a restomod, isn't it? While it does not have an internal combustion engine anymore, the vehicle still runs and drives, which is more than what could have been said about it before the conversion, right? Unfortunately, it weighs just as much as a Tesla Model 3, while the range is not as good as its donor car could provide.

The explanation is simple, in the case of this Jaguar, as it involves aerodynamics. While driving at speeds higher than those allowed in the city, the vehicle will never be as efficient as a Tesla Model 3, when slicing through the air is concerned. As the owner noted, the difference in range made him regret not getting a larger battery for the project.

The coolest bit of this build is the fact that it is essentially a home brewed EV conversion, so every issue is unique to this vehicle. But that does not seem like a problem for Superfast Matt, who seems to tackle these with calm and experience. That is the best way to do it, by the way, as freaking out with every problem down the road will not get it fixed faster or cheaper. 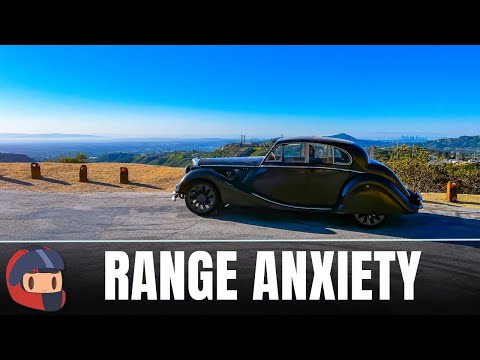