1 Hyundai Kona Electric Has A Real Range of 259 Miles

2 Audi e-tron Market Launch Could Be Delayed by Months

Jaguar I-Pace Can Pollute More Than a Diesel BMW X5, Review Points Out

It's too easy to get lost in the hype surrounding a brand new anything, especially a car. Which is a shame considering it's one of the most significant financial decisions you can make. But don't get us wrong, we're not trying to pick a fight with the Jaguar I-Pace.
3 photos

In fact, this is the only honest yet positive review of the first Jaguar electric car that we've seen. Nowadays, every YouTuber says he's accurate and unbiased, even though automakers support many in some way. But Marek from Poland isn't afraid to say that Renault suspension is weird or Kia is inconsistent with its pedal forces.

But since you're here for the Jaguar I-Pace, you probably don't care about what the plebs are driving. This particular I-Pace is the launch edition and costs €102,000. Now, in the past, reviews have either said that it's perfect or not as good as the Tesla Model X because it's slower.

However, Marek says the Tesla feels like an excellent computer on wheels while the Jaguar is fantastic to drive. It has the perfect steering weight to make you feel connected to the road. And because the battery is located under the floor, this EV crossover hides its weight well.

So what about this emissions nonsense we mentioned in the title? Well, EVs are supposed to be the way of the future because they don't emit anything, but you still have to think about where that electricity powering the car comes from.

Citing a study, Marek says that in France, producing 1kWh of energy emits 60 grams of CO2, but in Poland, it's 650 gram. That translates to 162 grams per kilometer driven in the I-Pace, which is more than a new BMW X5 xDrive30d that uses a 3-liter diesel engine.

So in countries where electricity isn't made cleanly, this shouldn't be considered a green car. Still, CO2 emissions don't kill us as particles from burnt diesel in built-up cities, so driving an I-Pace around town should be guilt-free. 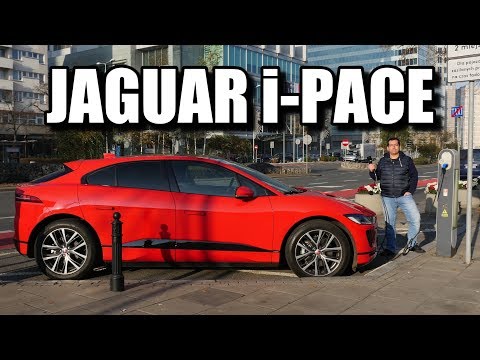