It turns out the photos we all saw last week showing a lightly camouflaged Jaguar F-Pace test mule dressed as a support car for Team Sky at Tour de France were just a teaser smartly placed on the Internet by Jaguar.
12 photos

This year's Tour de France kicked off in Utrecht, Netherlands this weekend and Jaguar didn't miss the inaugural moment as the British carmaker brought the Jaguar F-Pace for supporting duties that will continue throughout the competition.

The F-PACE let down its guard and threw away its hard camouflage in public for the first time. The SUV replaced the camo with a specially created wrap, hinting at the final design of the vehicle, which will be fully unveiled later this year.

"The atmosphere in Utrecht was incredible. The Netherlands has a huge passion for cycling and right from the moment we arrived at the start line, you could feel the excitement. The appearance of Jaguar's F-PACE prototype definitely added to the hype today - you could see it made a big impact with the crowds," concluded Carsten Jeppesen, Team Sky Head of Technical Operations & Commercial. 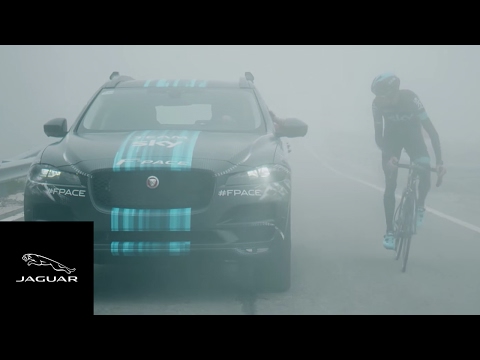