Home > News > Videogame Reviews
Cosmin Vasile
It’s easy to define IXION as a blend of management sim, city builder and survival, but dealing with everything related to these aspects is what makes this game truly a challenge. Beyond combining city building, survival elements and exploration, IXION describes itself as a “thrilling space opera” that unfolds as you explore the stars.
20 photos

In IXION, you take the role of the Administrator of the Tiqqun, a bulky space station charged with finding a new home for humanity. Your main job is to make sure that the station is in good standing and that it will continue to fly when the need arises.

The game developed by Bulwark Studios draws inspiration from other survival, city-building games like Frostpunk and Anno 1800 but benefits from some great sci-fi storytelling. Despite the fact that you’ll spend 90% of the time managing the different sectors of your space stations and the “too many” type of resources, there’s a pretty compelling tale of humanity’s search for a new home that’ll keep you engaged.

The game is split into chapters, each with one or more main goals to achieve, which usually involve adding certain buildings to your space station or gathering a certain number of resources. As you progress, these objectives become more complex and the deadlines much tighter.

After restarting the game a few times, I feel like IXION isn’t a hard game, but rather badly balanced. It’s like developers are trying to artificially increase the difficulty by introducing some unfair mechanics that don’t make any sense.

For starters, once you complete the tutorial that teaches you to add new buildings to your space station, as well as store and distribute resources to where they are needed, you’re thrown directly into the lion’s den. To succeed in the first few chapters, you need to min-max the layout of your space station, which is split into sectors.

There are multiple factors that contribute to the overall performance of your space stations, such as the working conditions (if your people are overworked, efficiency drops), the level of trust, and the state of Tiqqun’s hull. For some reason, the hull of the space station deteriorates even when it’s not moving, so you’ll have to continually spend resources to patch it up. That happens at a higher pace the more sectors you have open on Tiqqun, which puts even more pressure on the economy.

Random events are one of the main ways that the game influences the trust of the people on the space station in the Administrator. One wrong choice and you’re in deep trouble, two wrong choices and it’s probably game over.

Between ensuring your population is not overworked, trying to build all the structures the game wants you to, exploring and scavenging, as well as trying to keep people happy, all the while making sure that you have enough resources to continually repair Tiqqun’s hull, IXION becomes almost a complete chaos.

Not to mention that, right from the first chapter, you’ll begin experiencing random accidents that will damage not just buildings but also the hull of the space station. Although it doesn’t take too long to repair buildings, having multiple “random accidents” usually leads to a huge loss in hull health. I strongly believe that the pace at which these accidents happen is much higher than it should be. Add to that the inherent riots that you’ll most likely have due to what happens in the game story-wise, and you’re suddenly entering an inescapable death spiral.

Conclusion
IXION does a lot of things right and has a pretty good story to tell, but the way many of the game’s mechanics complete each other feels faulty. Timers are too tight, accidents happen way more frequently than they should, many stability debuffs don’t make sense at all, which clearly points to balancing issues.

However, if you manage to get past these balancing problems, there’s some interesting stuff in IXION. Bar the issues I highlighted, this could be the ultimate sci-fi colony builder. I pretty much loved the exploration part and all the mysteries involved, as well as the events that randomly pop up on the space station. It’s like being the captain of Battlestar Galactica trying to manage all the crisis the game throws at you.
RATING: 75/100 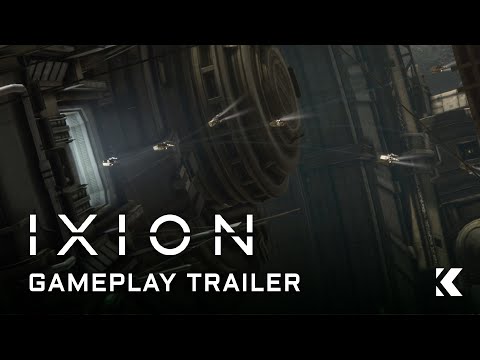 Editor's note: Review code was provided by the publisher.