2 Yes, Those Are Humans “Dangling” From the C-130 Hercules, But They Do It on Purpose

It’s Time to Buzz the CN Tower for This F-35A Lightning, And It Does Just That

There are a few movies out there dedicated to fighter pilots, but sadly not many of them are any good. One could argue that the 1986 Top Gun came the closest to portraying a top pilot’s life, but we’re all waiting on confirmation on that from the sequel that is long overdue.
9 photos

There were many memorable scenes in Top Gun, but this time we’ll be focusing on the short one when Maverick, coming back after a training run, requests permission to perform a tower flyby, or buzz the tower, as he says (video below). Permission is denied, but Maverick being Maverick chooses to ignore that, and so he takes his F-14 Tomcat right past the control tower, causing quite the disruption.

That particular scene shows something that does happen from time to time in aviation, although generally it remains a phantasy pilots have. It is described as a very fast flyby of an intended target, in very close proximity, meant to cause some type of reaction from the people witnessing the maneuver.

Now, looking at the main pic of this piece (click photo to enlarge), one can easily say one of these pilots got their wish.

What you’re looking at is an F-35A Lightning flown by the airplane’s Demonstration team leader, Maj. Kristin Wolfe. It shows the plane banked fully to the left, with the afterburner roaring, and Toronto’s CN Tower incredibly close in the background.

The image was captured at the beginning of September, when the F-35A Lightning II Demonstration Team made its first ever trip across the border to fly over a Canadian city.

The F-35A shown here is one of the three variants of the airplane, the one usually deployed with the U.S. Air Force. It can fly at speeds of up to Mach 1.6, has a range of 1,700 miles (2,800 km), and when going into combat is equipped with anything from a 4-barrel rotary cannon to missiles and bombs. 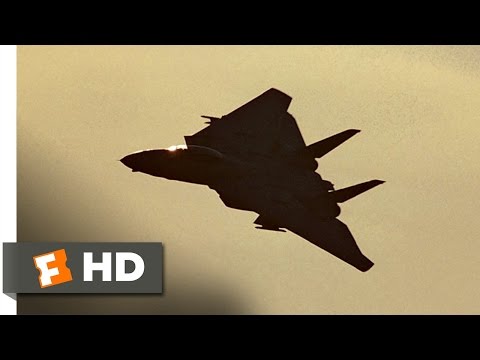