2 Each Argon Gen Is a One-of-a-Kind, and Here's Why You Could Consider Dropping $6K on One

3 France Is Giving Out Up to €4,000 to Its Citizens if They Trade Their Cars for Bicycles

5 Hyper Raises the Bar With the Electric MTB-FS Hardtail: Cruises In for No More Than $600
Up Next

Italian Style Has No Consideration for PETA Rallies: Tod's Proves It With the "T Bike"

Cristian Curmei
You can hate all you want on the most widely used two-wheeler on the planet; bicycles are not going anywhere. On the contrary, they actually seem to be flourishing, and with this eruption, we're bound to see amazing machines like the "T Bike," the result of a collaboration between two Italian powerhouses, the cycling giant, Colnago, and renowned design house, Tod's.
10 photos

Sure, that was quite the introduction, but this is quite the bicycle, and it's something you should at least see because it's the sort of special edition machine that seems to happen once in a lifetime; a blue moon at best. Heck, if that's not a reason to read on for the next few minutes, how about an asking price that's set at £14,500 ($16,980 at current exchange rates)?

Now, to get an idea of what's happening here, let me just say the words unaltered Italian fashion, design, and dynamics. But these aren't just words being thrown around lightly, as the base bicycle for this crossover is nothing more than Colnago's G3-X gravel wonder. Considering that Colnago is calling it "the fastest gravel bike ever designed," is saying something. Heck, without the prestige or touch of Tod's work, this bike sells for a tad over €4,500 ($4,500).

Once you start to add the design and color expertise of a team like Tod's, you're bound to get something out of the ordinary. Heck, the way that leather orange strip breaks through a dark-green background is something to behold. Even if you aren't paying attention to it and are simply crossing the street, all it takes is for it to appear in your peripheral vision, and your head will spin like you just saw a train crash. At least, mine would. Since Tod's specializes in leather goods, the saddle and handlebar grips are made of the stuff.

Diving further into this trinket, the manufacturer states that even the components mounted to this bike are unique; you won't find the same mix of gear on any other bike. Well, maybe you can, but it won't be one commissioned and worked on by Tod's and Colnago. This means that the forks, seat post, frame, and water bottle cage are all from Colnago, the grip tape and saddle from Brooks, now owned by Selle Italia, according to road.cc.

Further down the road, the drivetrain is from another Italian cycling legend, Campagnolo, and Dedaelementi handlebar and stem complete the picture. Guess who is furnishing the rubbers for this baby? If you guessed Pirelli, you know Italian taste. And with that, the words "Made In Italy" are stamped clear at the bottom of this bike's spec sheet.

If you fall in love with this bike and have the cash to whisk it away, you need to know that you won't just be buying a fashion statement; you're purchasing a downright gravel-crushing machine. Considering the dynamics of gravel bikes, the result is a two-wheeler that you can use to go to work, get that workout you've been looking for after work, and even take it on long adventures where you simply end up camping underneath the stars. A solid all-rounder, as I like to say.

At the end of the day, the T Bike doesn't appear to be for everyone. Heck, even if I was a world-class athlete, I still wouldn't ride this bugger except on a closed track. After one ride, I'd throw it up on my wall, hoping that time would double my investment. 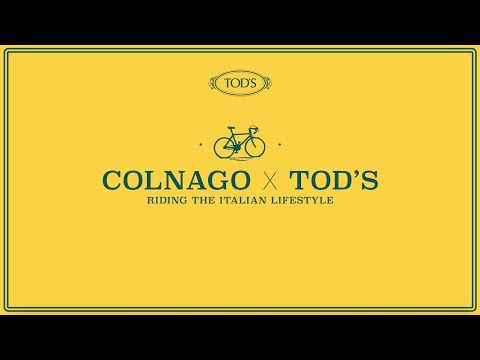 Editor's note: This article was not sponsored or supported by a third-party.
Images in the gallery also include the simple Colnago G3-X gravel bicycle with varying groupsets.