1 Fernando Alonso Smashed Insane F1 Record At British GP, Wants to Get Closer to the Moon

3 World’s Deepest Shipwreck Is Officially the USS Destroyer Samuel B Roberts, aka Sammy B

Home > News > U-turn
Razvan Calin
Italians have a very personal approach to all things on wheels. But sometimes, that has to change. The wheel, I mean, the Italians can stay because we need them to do it fast. And you don’t have to stop the car; they can do it while driving.
8 photos

How fast can you replace a wheel on your car? On average, about ten minutes, let’s say. Five, if you really push it. And if the vehicle is properly and safely parked. But what if you are in a hurry and get a flat tire in the middle of a road? Well, you pull over and get the job done as fast as possible so you can go about your business.

Italians, however, do things faster than other people. They talk fast; they drive fast; they change car wheels fast. Faster than anyone, for that matter. According to the Guinness World Records, it takes a couple of Italian gentlemen 77 seconds to accomplish that feat while the car was still moving on its left side wheels. A performance for which NASCAR teams would give them a thumbs up.

In the video, we see the spectacular feat being successfully undertaken by Manuel Zoldan and Gianluca Folco (both from Italy) on the set of “Lo Show Dei Record” (literally The Record Show), in Milan, Italy, on the 4th of February 2022. Due to The Guinness World Records' specific procedures and protocols for homologations, record attempts are published later than the actual time they were set at. This would explain why the video was published on the organization’s YouTube Channel just today and no sooner.

Truth be told, I would find it very challenging to say what is more impressive: the time it took to do the job, the perfect sync between driver and mechanic, or the absolute “Sunday-drive-casual” attitude of the driver while holding the car – and his colleague! – safely on the move. Please do not replicate the Italian's attempt. Should you need inspiration on how to properly (and very quickly) change a wheel - or all of them, while you're at it - take a look at the second video for a record of all-wheels change German action. 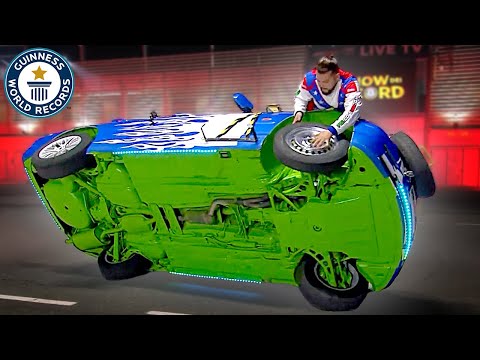 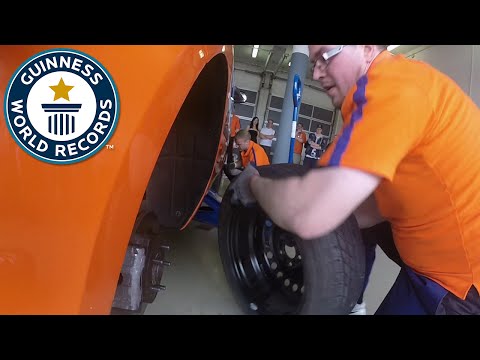