Future Jeep Wrangler Rendering Is a Mash-up of Various Influences, All 100% Cool

Drifting has gained a lot of momentum in the last 20 to 30 years, and it has grown from something that people did on the street (illegally) to a sport that is appreciated around the world. Just like any other branch of motorsport, it is expensive to compete in a drift series, and one of Formula Drift's most known drifters breaks it down in a video.
20 photos

We are writing about Federico Sceriffo, an Italian driver who turned 40, but picked up drifting when he was 22. Today, there are drifters who start their careers even before getting their driver's licenses, thanks to supportive parents who struggle to pay for this expensive sport.

As a professional drifter and team owner, Federico has many things that need to be under his control, not just his Ferrari 599 GTB Fiorano dubbed "Fiorella." The latter pumps out over 1,000 horsepower, which is an impressive value, but brings a different set of challenges, not just from a driving standpoint.

As the Italian drifter noted, there are fixed costs to drifting, not including the vehicle, and there are variable costs. The latter can be a big part of a racer's budget, in any competition, mind you, but in the case of the sport he is in, it involves the number of people on the team, any collisions, broken parts, and many more.

During his story time with Vinwiki, Federico Sceriffo revealed the bare minimum amount to race a full season in Formula Drift. Since the video is not just about that figure, and it is just a bare minimum, we can write it without spoiling the fun of watching it.

So, without $150,000 available without ruining your life or getting yourself into horrible debt, do not even bother to consider a season in Formula Drift. In a way, it may be cheaper than other forms of motorsport, for which $150,000 might not be enough for a full season, so it is a matter of perspective.

While that may be a brutal thing to read, it is better to be honest about costs upfront, rather than get going and find out that you have entered a financial nightmare.

As Federico noted, there is no upper limit when costs are concerned, and that means that it does not matter how much money you have or can get together to race, there will always be something more to spend on.

As a joke that keeps circulating on Internet says, racing is the kind of sport that can make someone a millionaire, but only if they were a billionaire, to begin with. All jokes aside, before trying to compete in a form of motorsport, be sure you have money left over for emergencies and unexpected expenses. 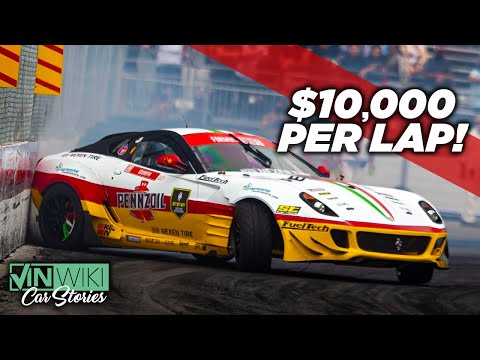