1 SpaceX Crew-2 Mission Set for April 20, First with Two Foreigners on Board

2 Boeing Starliner Going for the ISS Again in March, This Time Plans to Catch It

5 Ricky Gervais Could Have Been the First Comedian to Do Stand-Up in Space
Car video reviews:
Up Next

It was a hot day on Sunday at the Raymond James Stadium in Tampa, Florida, as the Tampa Bay Buccaneers faced off with the Kansas City Chiefs for the title of champion of the National Football League (NFL) for the 2020 season. All this while astronauts were passing overhead.
1 photo
It was by chance more than by design that on the day of the Super Bowl LV, the International Space Station’s (ISS) flight path took it over the general Tampa, Florida area at about the same time Tom Brady & Co were trampling all over the unresponsive Chiefs.

Before the event, NASA released the station's flight path and the best places from where it could be seen – check the video below to see if you were on the trajectory on Sunday.

Because the ISS is a marvel of human engineering in space, NASA gloats every time it has a chance to show it off. It runs something called Spot the Station, a tracking system meant to notify people whenever ISS goes by at a high enough altitude to be visible over trees, buildings, and other objects. Math on this is performed by the Johnson Space Center several times a week for 4,600 locations worldwide.

The spectacle in the sky was or was not matched by the one on the field. Depending on what team you were rooting for, the events either made you extremely happy, or incredibly annoyed. Regardless, history was written as Tampa Bay demolished Kansas 31 to 9.

In his first year as a player for the Buccaneers, Tom Brady managed to clinch the seventh championship of his career, at the age of 43. He was also declared MVP of the game - his fifth such title. The Buccaneers, who snatched Brady away from the New England Patriots after him spending 20 seasons there, also became the first team in history to appear (and win) a Super Bowl in its home stadium. 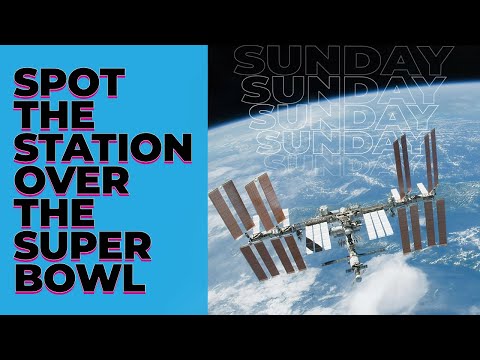