Back in April, the 14th mission of SpaceX carried into space 2.5 tons of supplies and hardware to the International Space Station (ISS). Among the hardware is a platform of tools created to help remove space junk.
1 photo
Called RemoveDebris, this piece of technology is supposed to act as a tool to clear the debris from Earth’s lower orbit.

According to Space.com, the astronauts on the space station deployed the platform this week, and they are getting ready to test the solutions developed for the task. The deployment of RemoveDebris marks the launch of the largest payload deployed ever from the space station.

Although the platform has now been sent away from the station, there’s still a lot to be done before the first test will begin.

"We expect to start with the experiments at some point in September," Guglielmo Aglietti, director of the Surrey Space Centre, the creators of the platform, was quoted as saying by Space.com.

RemoveDebris comprises several junk removal methods. When ready, the platform would deploy two CubeSat satelites to act as artificial targets. Then, several technologies would be used to either capture or de-orbit them: capture by using a net, capture using a harpoon, or de-orbit by drag sail.

The net system to be tested is supposed to act as any such system acts: the net wraps around and the target and catches it. Motor-driven winches reel in the neck of the net preventing it from re-opening.

For the harpoon, the best operating range is of 1.5 meters (5 feet). From that distance, the harpoon could hit a 10x10 cm (4x4 inches) target. It would be shot at the debris and capture it.

The drag sail is meant to allow the satellite to de-orbit quicker and burn up faster in the Earth’s atmosphere. 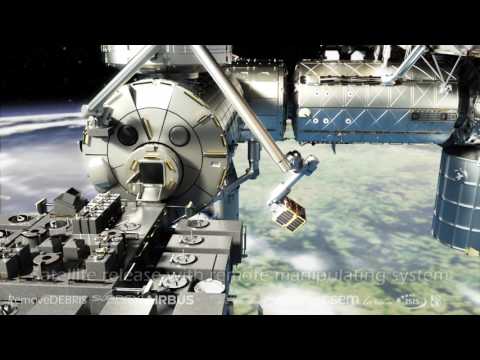