5 How To Mount A Child Seat
Car video reviews:
Coverstory 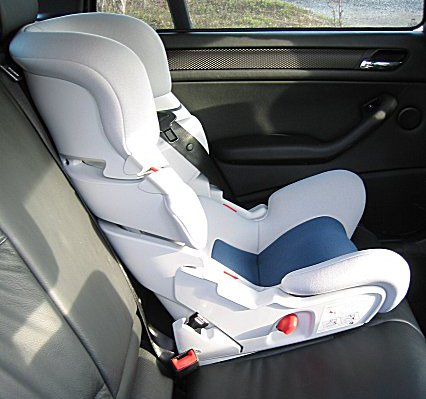 Starting this month, producers that build and sell vehicles in Europe are forced to fit their cars with ISOFIX anchoring system for Group 1 child safety seats, after the European Union made them mandatory of the vehicles on its roads back in February. And this is only the beginning of the push in Europe for an increased safety for kids in cars.

ISOFIX is not a product itself, but a type of standard that defines child seat anchorages. The standard has been created in response to the confusion among auto makers and child seat manufacturers back in the mid-1990s, when neither knew exactly how to properly secure a child seat.

In Europe, the system covers both Group 0/0+ and Group 1 child safety seats and, unlike the one is use in the United States, uses two alligator-like clips to secure the seat into the lower anchors. However, for some time now, seat manufacturers have begun offering similar locking systems in both markets.

The European Union, as said, will step its efforts to create a Union-wide set of regulations for child safety. Next year, word is that the European regulators will try and create some rules that will govern the way in which the child seats themselves are built. The focus is to have those seats follow the body of the children for which they will be manufactured.