1 Alpina Has Been Acquired by the BMW Group, You Can Still Buy New Cars From Them

Earlier this year, BMW has acquired Alpina, its long-term in-house collaborator. So, does this mean anything for the average petrolhead with a soft spot for the closest thing to full-blown M cars out there? Probably not, except for better collaboration between the two companies, which will inevitably translate into hotter models from early 2026, which is when the current agreement expires.

Is the BMW F10-Based Alpina D5 BiTurbo the Most Beautiful 5 Series Ever Made?

By now, probably everyone has a favorite Alpina model that keeps them up at night. Whether it is based on the 3er, 4er, 5er, 6er, 7er, 8er, Z Series, or X Series depends on each individual. If you had asked me about mine until recently, I would have told you that it is the D10 BiTurbo, which was based on the E39 5 Series, arguably the prettiest executive sedan ever made by BMW.

Nonetheless, my Alpina dream car is now the F10, which sports an even more timeless design, wrapped in a rather modern package – unless it has wood trim like the one depicted on video down below. But more on that in a few moments, as first we have to remind ourselves about this pretty four-door model, and what makes it great, besides the head-turning body kit, and those sought-after wheels.

Hooked up to the smooth-shifting ZF eight-speed automatic transmission, with an optional limited-slip different available, and rear-wheel drive, the engine enabled a 0 to 100 kph (0-62 mph) acceleration in 5.1 seconds, and a 278 kph (173 mph) top speed in the Sedan, and 276 kph (172 mph) in the Touring, because it was also offered as an estate.

Adaptive M Sport suspension with electronically-adjustable dampers modified by Alpina, rear brakes from the 550i and front brakes from the 750i, and 20-inch wheels wrapped in 255/35 and 285/30 front and rear tires respectively were part of the makeover. The chin attachment, rear diffuser, and ducktail spoiler on the four-door, as well as the available Blue and Green paint finishes, further contributed to the visual drama.

Inside, Alpina gave it custom gauges, new leather-wrapped steering wheel, wood or piano lacquer trim, optional Lavalina leather, and the usual badges that tell everyone that they’re not sitting in the typical diesel-powered Bimmer.

In today’s market, a low-mileage D5 BiTurbo changes hands for the equivalent of $100,000, yet if you don’t care about how many miles it has under its belt, then you could get one for around a third of that price. That sounds like a decent deal for those living on the right side of the Atlantic Ocean, and it got me thinking… But what about you? Do you feel like this is the best-looking 5 Series ever made, or are you still trying to decide whether the E39 or perhaps a nice E60 deserves your hard-earned money instead? 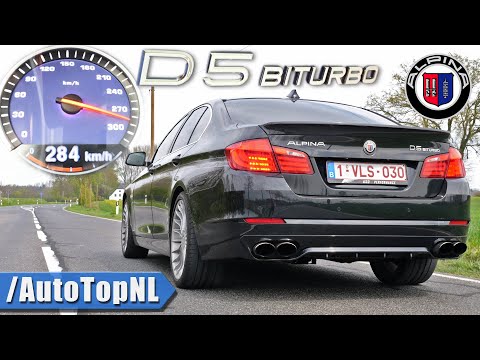 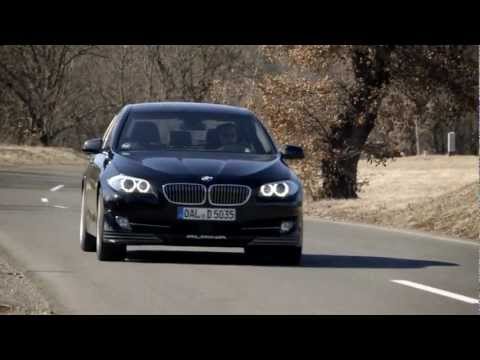 Dictators Rejoice: The Stretched and Armored Mercedes-AMG G 63 Is HereSee all coverstories