3 Tesla FSD Tackles Snowy Road - Is This What "Better Than Human" Looks Like?

5 V8-Powered Tesla Takes Gas on the Side of the Road on Its Way to First Dyno Session
Car video reviews:
Coverstory

Is It Time for Tesla to Start Signaling When FSD Is in Use to the Rest of the Drivers?

As far as the rest of the road users are concerned, the best thing you can do behind the wheel of your car is to be predictable. Just stay in your lane, maintain a constant speed, indicate your turns or lane changes, and, generally speaking, play by the rules.

These things come naturally for those with a bit of experience, but when you're just starting and everything is still fresh in your mind - and you're also struggling with vehicle controls a little - it can get overwhelming at times, so mistakes will occur. That's why people in this situation will put "new driver" stickers on their cars, letting everyone know they should treat that vehicle with extra care and patience.

Well, it's not unheard of for Tesla's FSD Beta to be compared with someone learning how to drive on public roads, so the fact one user of this infamous advanced driver's assistance system (ADAS) decided to put "new driver" stickers on his car while testing the feature (see the video below, 9:14 mark) kind of makes sense. It definitely gives everyone around some sort of a heads-up, even if it's not an entirely accurate one.

However, the very fact these people feel the need to warn the other drivers of the fact they're very likely to exhibit unnatural (and potentially dangerous) behavior tells you everything you need to know about how confident even they are in the FSD Beta. It basically says "I know my car will do something stupid with other vehicles as well as pedestrians around, but I don't care if you don't like it. There is no law prohibiting me from doing it so, deal with it!"

One of the criticisms leveled at the public rollout of the FSD Beta (and one that we too have got behind) has been the fact that all the rest of the road users are not given the choice to opt-out. Putting these stickers on, we have to admit, is the closest everyone has come to doing something in that sense. It's not nearly enough, but it's more than nothing.

How did we not think about this earlier? All other so-called autonomous vehicles either tested the technology on private roads and under controlled conditions, or did it with a trained, hired driver behind the wheel of a vehicle that was clearly marked as such. Teslas running on FSD, on the other hand, are completely incognito.

Since the hired driver part is clearly not going to happen, the least Tesla could do is to come up with a way of letting everyone around the vehicle know whenever the ADAS is engaged. We're not entirely sure how it could so. Having the lights flash in a certain sequence, for instance, would probably be a bad idea as it would add confusion, not to mention more than certainly break some rules (not that that's kept the company from doing what it wants so far).

It would probably be a lot easier to add a feature for all vehicles built from now on - a special light (an LED strip of a certain color?) that covers all four sides and is dim enough not to distract the attention, but bright enough to be easily visible - but that wouldn't solve the problem for the countless EVs with FSD Beta that are currently on the road.

The only way Tesla would even consider something like this was if the authorities woke up from their slumber and decided to do something about this still minor - but constantly growing - threat. The carmaker is never going to entertain this idea out of its own volition because it sends a very unflattering message about the system's current capabilities. It's no worse than putting "new driver" stickers on, though, and definitely a lot less disingenuous.

This is one of the least aggressive ways in which the authorities could crack down on Tesla's morally questionable decision to roll this half-baked technology out on the street, though at the moment even this seems feels like nothing more than hopeful thinking. Who knows, maybe 2022 will be the year. 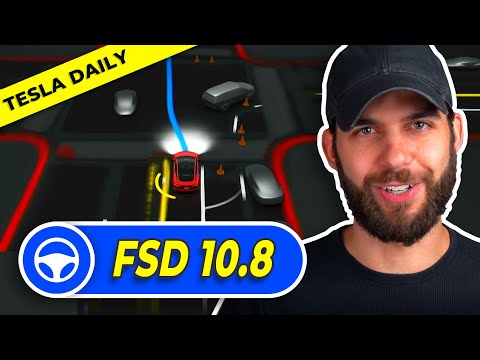