4 iRacing Chevrolet Corvette C8.R Is as Cool as the Real One, Can Now Be Raced

Home > News > Videogames
27 Oct 2021, 19:16 UTC ·
by Cosmin Vasile
The team behind iRacing service announced an important change coming this week. The current Phoenix Raceway track is finally getting the facelift it needed, so while players can still use it to race for just a couple more days, an updated version is bound to arrive tomorrow, October 28.
6 photos

Phoenix Raceway typically hosts competitions from the Championship Weekend for the NASCAR Cup, Camping World Truck Series, and Xfinity, and will continue to do so even after the current track will be retired.

That being said, this means that the current Phoenix Raceway will no longer be accessible for use once it’s retired, nor will Replays at this track be usable after the new version is released. Therefore, those who’d like to keep their Replays at the 2012 version of Phoenix Raceway must capture video footage of them before the track is retired on October 28.

Naturally, all iRacing players who own the 2012 version of Phoenix Raceway will automatically receive the new 2021 version of the track for free. Those who don’t own it yet can purchase the new version after release.

As mentioned earlier, the new 2021 version of Phoenix Raceway will be released with 2021 Season 4 Patch 3 on October 28. Hopefully, the rollout won’t be plagued by issues, and everyone will be able to race on the new track starting tomorrow.

Keep in mind that the release of the 2021 Phoenix Raceway won’t affect the legacy 2008 Phoenix Raceway, which will continue to remain available free for all users as part of the iRacing Base Content. 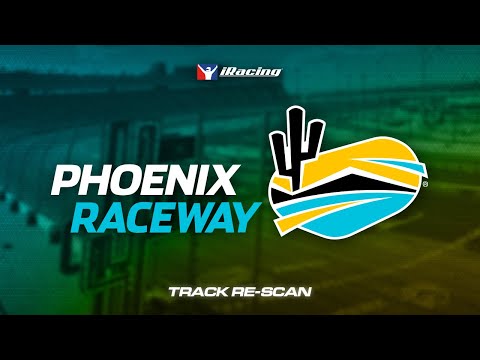